In spite of those hurdles, Heather Himes, 38, still spent much of her childhood in East St. Louis dancing inside the Children's Workshop, a dance studio at the Dunham property. The classes were free.

"We didn't have a lot of money, so I know that I wouldn't have had the chance to have that kind of world-class training anywhere else," says Himes, who is now company manager of the Black Rep theater in St. Louis, a certified Dunham Technique instructor and an active volunteer at the centers.

Her early experiences there not only gave her "a solid foundation" as a dancer but also as "a Black child and Black woman now."

It spurred "my commitment to activism and politics. They taught us how to pay attention to what is going on in the world and to speak out against what you feel is wrong," she says.

Himes echoed the conclusions issued in the George Washington University report about lack of access to financial resources. She is critical of local organizations like the Center of Creative Arts, or COCA, that have instructors on staff who were trained at the Dunham Centers and are much healthier financially than the East St. Louis organization.

"Those ideas came directly from the work that Ms. Dunham had already been doing, so we have these institutions that have the infrastructure to get all this money and none of it is giving back, so the museum is not getting the proper support that it should be getting," Himes says.

Saroya Corbett, who is the same age as Himes, is now pursuing a doctorate in world arts culture and dance at the University of California, Los Angeles. But her family goes back generations in East St. Louis, and she describes it as "my ancestral home."

She also sees the impact Dunham had on East St. Louis more broadly.

And yet the funds aren't there to demonstrate the impact she had.

"You see the Muny and all these major institutions get that money, and oftentimes, they are getting that money off the Black artist," Corbett says. 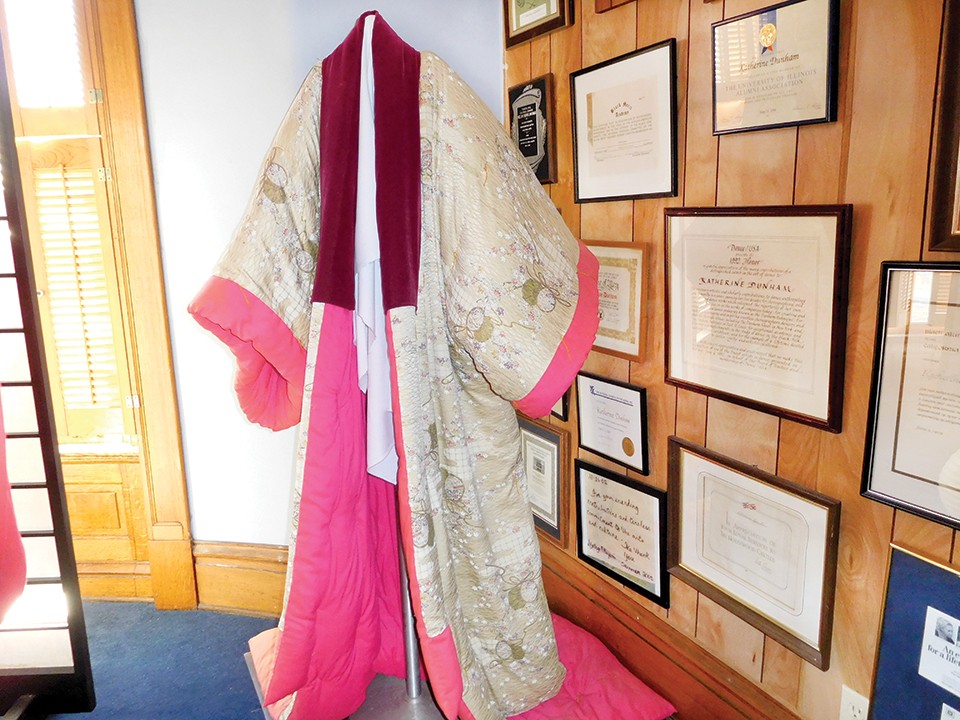 KONJIT AVENT
A silk kimono that belonged to Katherine Dunham.

Lee Nolting, a former professional dancer with Dean Martin's Golddiggers, spent significant time with Dunham and taught for a decade in the Children's Workshop. She is also the former artistic director of COCA's dance program and has spent decades teaching dance at the organization.

"I think COCA makes a strong attempt at not only providing scholarships for students of color but also hiring teachers of color, and I think they do a good job in that area," Nolting says. As to the Dunham Centers, she adds, "There needs to be someone who has a foot in the community of money and an interest and passion for dance and understands the importance of keeping her legacy alive."

Backstrom now awaits the money from the state of Illinois. She plans to use it to repair the damage caused by the flooding and complete as many of the following projects as the money allows: replace the soffit and fascia outside the building; replace guttering; fix the roof; fix the lighting in the African village, which features huts and an outdoor stage; and renovate the floors and bathrooms in the Children's Workshop, among addressing other needs.

Backstrom still would like the organization to be able to get the properties it lost back.

"It was Ms. Dunham's dream that once you visited the museum and the Children's Workshop, you would be able to walk down the street and see where she lived and see the library and have a bed and breakfast, so that's one of those dreams that has been deferred," says Backstrom, who works part time at a funeral home and is also very involved in her church.

Dunham spent significant time in East St. Louis on classes and seminars. When Backstrom joined the board in 2004, there were still classes on sewing, spoken word, music, drama and poetry.

They now charge only a small fee for classes, but enrollment has still decreased in recent years. A decade or so ago, there were between 20 and 25 students — most of them from East St. Louis — enrolled in classes at any one time. When the pandemic hit, there were only about a dozen, Backstrom says.

"I think that has a lot to do with the economy, because parents are struggling to provide the basic needs for their children, so dance and art classes are just not part of the priorities," says Backstrom, who has lived in the neighborhood since 1966.

In East St. Louis, 38 percent of residents live at or below the poverty line, according to U.S. Census data.

These days, even if the organization and families had more money, it would be difficult to safely hold classes because of the pandemic. The organization had planned to hold its 36th Annual Dunham Technique Seminar from July 25 to August 7, featuring dancers and teachers from around the world. Backstrom intended to use some of the state funding for the programming. 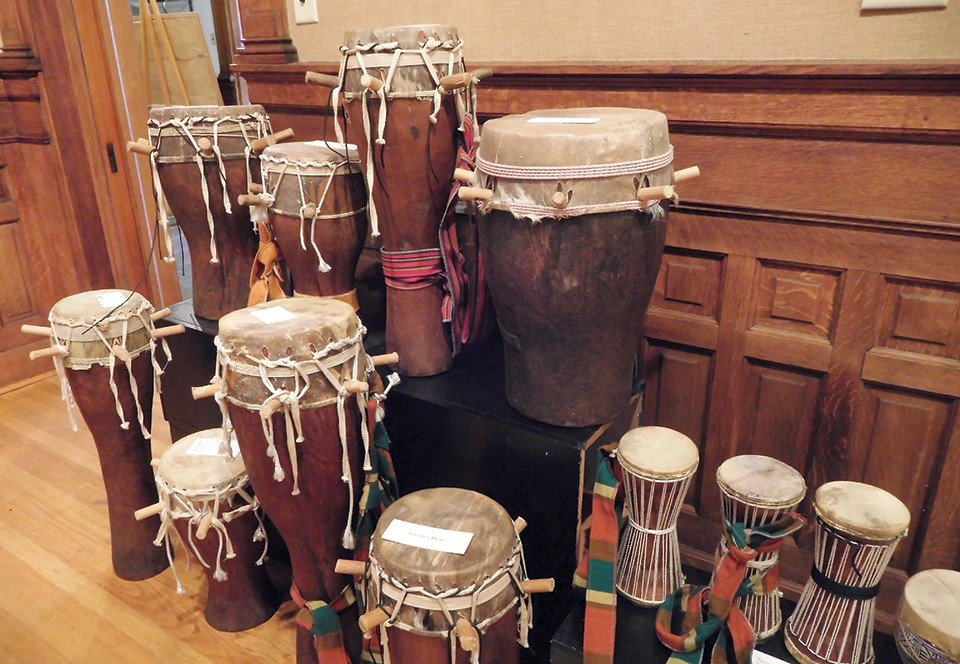 KONJIT AVENT
Luckily, none of the museum's artifacts were damaged by the flooding.

"Dancers come to study and practice and get better with their Dunham Technique, and we do South African dancing and Bollywood dancing. ... We were going to finally have some money where we could do some really good publicity and solicitations to get students in from various colleges and make it a really big seminar and then, of course, COVID said, 'Nah, you're not doing any of that,'" Backstrom says and then laughs.

When Backstrom joined the board, she intended to serve a few years and help make some decisions — "never thinking that I would become the chief cook and bottle washer, everything from raising the funds to maintaining the physical structure of the building to doing tours and planning seminars," she says.

But Backstrom still sees supporting the arts via the Dunham Centers as a worthwhile way to spend her time.

"Plus, I live a block and a half from the museum. I have a vested interest in East St. Louis and in the neighborhood," she says. "I could have been gone a long time ago, like a lot of other folks, but I think if some of us don't stay and try to fix the problems from within, I don't think it's going to get fixed from the outside in."

Correction: An earlier version of this story incorrectly reported Dunham's academic achievements. We regret the error.