Study finds Missouri is the 4th most dangerous state for drivers 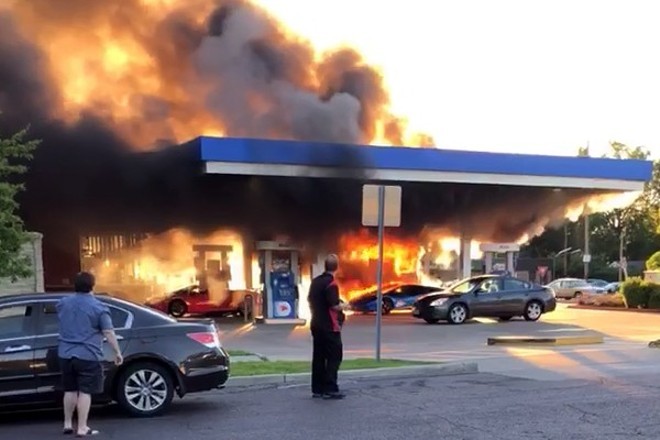 PAUL HAYO
Missouri: not a safe place to drive.

A new study confirms everything that everyone who's ever driven in Missouri could tell you: It's not safe out there on these streets.

In fact, according to data crunched by Forbes, Missouri is the fourth most dangerous state in the whole country for drivers, behind only Montana, South Carolina and Wyoming. Missouri saw 881 people killed on its roadways in 2019 and 987 in 2020, leading to a per capita fatality rate among the highest in the U.S., even as national fatalities soared.

Missouri attributed 43 percent of the state's fatalities to speeding and 37 percent to impaired driving, the study found.

There are certainly plenty of local examples of just how dangerous Missouri streets can be (and we're not just talking about freak accidents, like the infamous 2018 incident in Kirkwood that turned a Lamborghini into a fireball, pictured above). Both St. Louis city and county have seen big increases in traffic deaths in recent years, with the number of pedestrians killed by motorists also soaring.

It's gotten to the point that local cyclists began distributing helmets for pedestrians to wear while crossing the streets in a not-quite-tongue-in-cheek awareness campaign. St. Louis Mayor Tishaura Jones recently earmarked millions in ARPA funds to deal with the problem.

So what can be done? Well, we could all slow down. The safest state for driving, according to the study, was New Jersey. Apparently, all that traffic means you can't move fast enough to kill your fellow motorist.

The other states ranked the safest for drivers: Massachusetts, Utah and Alaska. Being wide open places with lots of highways for speeding, the latter two, perhaps, prove that we have a choice here. It's not that Missouri streets are dangerous. We Missouri drivers are the problem — and one that deserves serious attention.

Sarah Fenske is the executive editor of Euclid Media Group, overseeing publications in eight cities. She is the former host of St. Louis on the Air and was previously editor-in-chief of the RFT and the LA Weekly. She lives in St. Louis.
Scroll to read more Missouri News articles (1)