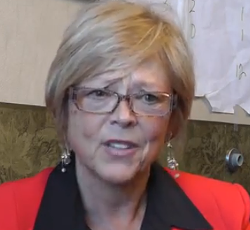 LGBT advocates in Missouri launched a website today designed to promote anti-discrimination bills at the legislature -- and the support these proposals are now getting from a select group of Republican lawmakers.

"Our goal is very simple -- to raise awareness...that you can be fired in Missouri for being gay," Sean Soendker Nicholson, Progress Missouri executive director, tells Daily RFT. "We don't have basic anti-discrimination protections."

Will the measures at the Capitol be successful this year?

The proposals in question are House Bill 615 and Senate Bill 96. If passed, these measures would formally prohibit discrimination based on sexual orientation and gender identity in employment, housing and public accommodations. Ten Missouri cities have these kinds of ordinances in place and 21 states across the country have passed similar laws.

The concept has been introduced for several years in Missouri, but this is the first time it's getting noteworthy Republican support, Nicholson says.

"The list of co-sponsors continues to grow dramatically," he says.

At this point, there are five Republican co-sponsors of the measures, which have not yet gotten hearings in the House or the Senate.

He adds of current laws lacking these protections, "People are appalled."

Continue for more from on FiredForBeingGay.com and the Republican supporters.