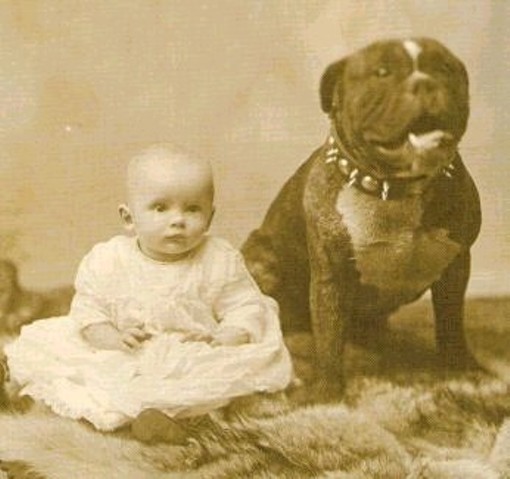 Wikimedia Commons
Missouri no likey people who are mean to pit bulls, baby.
Less than three months after being indicted, five Missouri men pleaded guilty Monday to federal dog-fighting charges. How's that for a bloodless surrender?

In several states in early July, the feds confiscated nearly 400 pit bulls being bred and groomed for the blood sport. Some 170 of those dogs were rounded up here in Missouri. Prosecutors said it was the biggest take-down of a dog-fighting ring in U.S. history.

The Show-Me State's major players will all be sentenced on December 8.

The Humane Society of Missouri has been caring for the dogs, who used to go by names like Eight Ball, Pot Hole and Black Betty.