Keys will finish the term of John Collins-Muhammad, who resigned in May 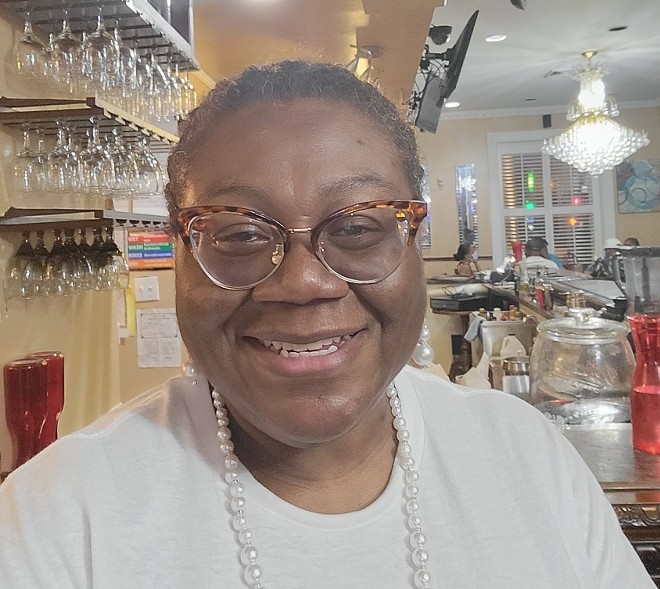 VIA LAURA KEYS
Laura Keys smiles for a photo at her watch party on Tuesday evening.

In her third time running for the seat, Laura Keys won a special election Tuesday to become the new alderwoman in the 21st ward.

Since winning the race, she says her phone hadn’t stopped ringing since 7 a.m.

“It hasn't sunk in that I have this new position,” she says by phone on Wednesday afternoon. “I look at it as a new job, as opposed to 'I won.' Because I really feel like the ward won and I'm happy for the ward.”

Keys will replace former 21st alderman John Collins-Muhammad, who abruptly resigned in May. Along with former Aldermanic President Lewis Reed and Alderman Jeffery Boyd, Collins-Muhammad was later indicted for allegedly accepting cash bribes. After initially pleading not guilty, it was reported that Collins-Muhammad intends to enter a guilty plea on federal corruption charges.

“There's a lot of work to do to heal the city,” Keys says. “This was devastating.”

Keys lost narrowly to Collins-Muhammad in 2017 and again in 2021. She has served as a 21st ward Democratic committeewoman for about 10 years and works for the city of St. Louis as a secretary for the Recorder of Deeds. Previously, she worked as an investigator for KeyPoint Government Solutions, as a child abuse/neglect investigator, as a fifth-grade teacher in the St. Louis Public Schools, as a case manager for the Illinois Department of Corrections, and as owner of St. Louis Fingerprints.

She calls herself a “servant leader.”

“I ain’t no superstar,” she says. “I don’t want to be. I want to make a meaningful impact.”

As she takes office, Keys says safety is her top focus.

She wants to work with her constituents and the St. Louis police to improve crime-stopping measures in the 21st ward.

“Policing in the city has got to change, but I'm not saying get rid of it,” she says. “Who are you going to call? We've got to have an effective police force, but our police force has to respect the communities that it serves as well.”

She also identified better housing for senior citizens and access to grocery stores as main priorities.

Her first order of business, though, will be requesting an audit of the 21st ward, she says. Keys wants to understand how funds have been used, especially given the recent indictments.

“That, I would say, is number one,” she says. “I’ve got to know what has happened. We got to walk it back first. See what happened before we can begin to move forward. … I don't want to end up stepping on anything and then trying to wipe it off my shoe later on.”

Keys will finish the final eight months of Collins-Muhammad’s term. If she chooses to run again, she would compete in the newly drawn 11th district in the April 2023 general election.