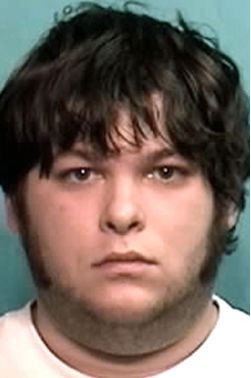 A former Boy Scouts of America leader who pretended to be a woman to convince minors to send him sexually explicit photos is going to prison after pleading guilty to child pornography charges.

A federal judge sentenced Ian F. Burow, a 25-year-old Columbia man and former University of Missouri student, to twenty years in prison followed by a lifetime of supervised release Tuesday, according to the Columbia Daily Tribune.

Burow created a fictitious identity named Sarah McGee, a woman he said was a good friend who lived in the same housing complex, to lure victims by sending them nude pictures of a woman he claimed was McGee and encouraging them to send him similar photos. When boys did send him lewd photos and videos, he frequently distributed them others, including to at least one minor victim.

When one witness caught him sexting with teen boys, Burow claimed he worked for the Boone County Sheriff's Department's Cyber Crimes Task Force -- the agency that would eventually investigate and arrest him -- to capture online predators. Other witnesses saw Burow carrying and displaying nude photos of young boys on his phone, according to the U.S. Attorney's Office.

Burow met many of his victims while working as a Boy Scouts leader in northeast Missouri and as a volunteer in Columbia.

"What is problematic for this court is you were in a position of trust," U.S. District Judge Brian C. Wimes told Burow, according to the Tribune. "Those individuals looked up to you."