A filing in federal court today by prosecutor Hal Goldsmith says that U.S. sentencing guidelines suggest Weaver should serve between 12 and 18 months in prison. "It is the position of the United States that a term of imprisonment is required in this case," the filing states.

In June of last year, Weaver was indicted on four counts of wire fraud. He pleaded guilty in October.

According to court filings, Weaver suggested that a businessman, identified in court filings as John Smith, should engage in the pandemic-aid fraud. Weaver said that he would help the businessman obtain the relief money in exchange for some of the cash. It was the business owner who alerted federal authorities. 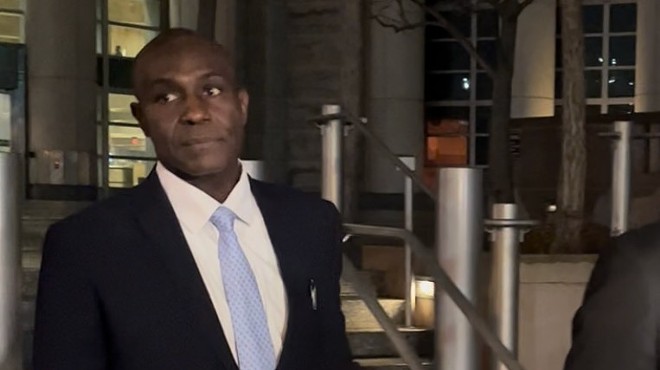 Today's court filing quotes heavily from the recording Almuttan made of his conversations with Weaver.

"There’s so much damn money around St. Louis County, it’s crazy,” Weaver said at one point.

“We need to get some of that,” Smith said.

To which Weaver replied: “Uh huh. Everything they’ve got over there, we need to get some of ... that’s my attitude.”

The filing says that Weaver "boasted" of the the influence he held in St. Louis County government. He was caught on the wire saying, “I’m too powerful, brother.”

At another point, he said, “I’m the quiet guy. I just put the people in the right place, pick up the phone and say this what you need to do. ... Then we get ready to rock ‘n roll.”

Weaver is set to be sentenced Wednesday, January 25.