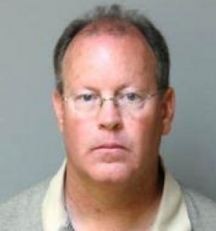 Today, he was sentenced to more than 12 years in prison for his crimes.

You can read in the superseding indictment below to get a feel for some of the videos he chose to download. (Although, keep in mind, we're not yet sure if he pleaded to everything in there; when we get the plea agreement, we'll update this post.)

Daily RFT would feel weird even typing out these descriptions, so we won't.

But you can have a look if you feel like it.