Four Primary Races — And One Ballot Initiative — to Watch on Aug. 4 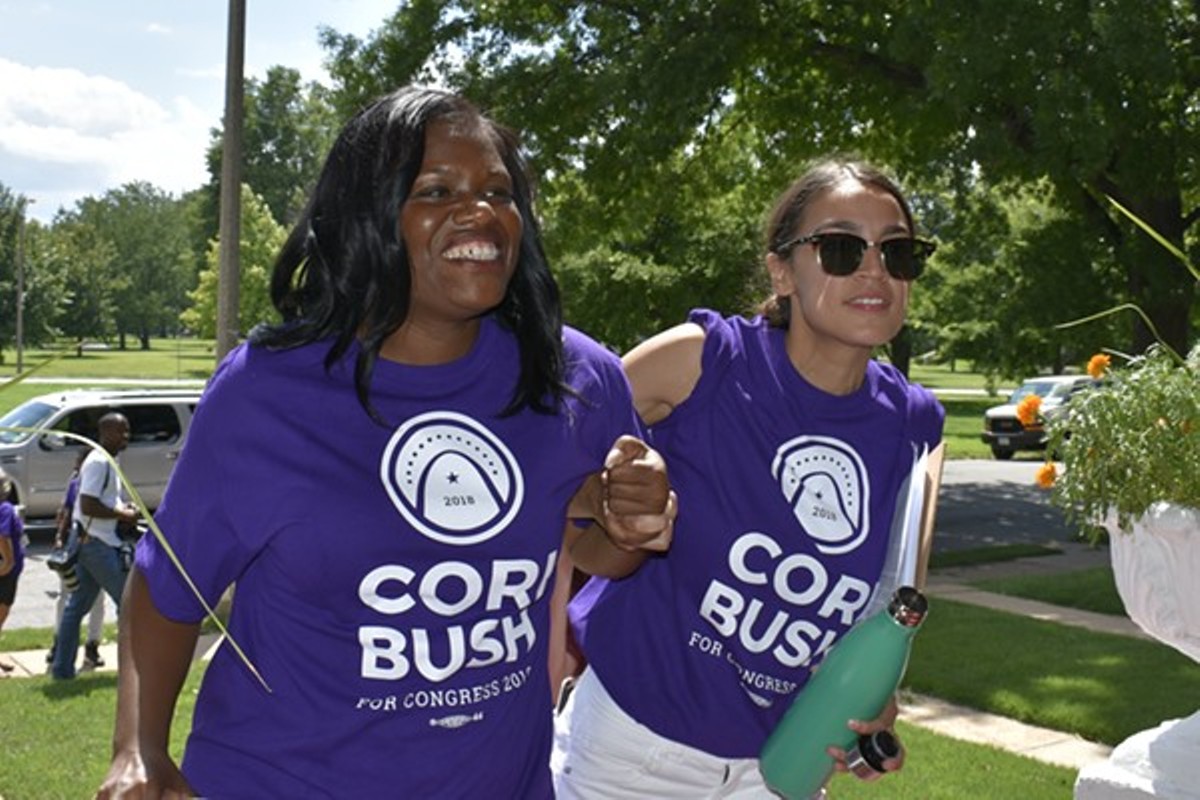 Whether you're entering the voting booth masked and sanitized or filling out a mail-in ballot at home, you'll find Missouri's Aug. 4 primary is packed with rematches and familiar rivalries. For the second cycle in a row, Cori Bush is challenging Lacy Clay in Missouri's first congressional district. After a near miss in 2018, Mark Mantovani is running again for St. Louis County Executive alongside three others challenging Dr. Sam Page. And former mayoral opponents Tishaura Jones and Jeffrey Boyd face off once more, this time for the city treasurer's seat.

With a summer of protests for racial justice still rolling, and as the region elects leadership to guide it through the rest of the coronavirus pandemic and its aftermath, here's a rundown of key races and initiatives: 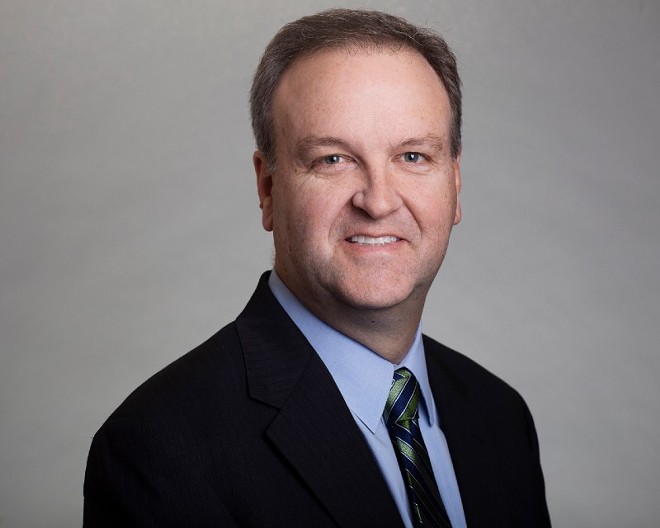 Dr. Sam Page, who seized the county executive's post in 2019, seeks to win his first election to the position in November. But first, he has to win the Democratic primary.

A lot has changed since Steve Stenger won a tight primary two years ago. In a meeting in April 2019, the county council voted to make Page its new leader just hours after Stenger was indicted in a federal bribery scheme.

Thus, Page jumped into the midst of a contentious debate over the Better Together plan to merge the city and county. When Better Together withdrew its proposal the following month, Page praised the decision, saying any future efforts should engage community leaders and the African American community — and ultimately be left up to city and county voters, not a statewide vote.

Page, an anesthesiologist, has spent the past four months directing the county's response to COVID-19. From a mask mandate to youth sports restrictions, he's taken what have at times been unpopular actions to mitigate the spread in what has become the state's hotspot.

Page's three challengers have a critical view of the response.

Mark Mantovani, the former business executive who lost to Stenger by less than one percentage point last cycle, said he would have provided clearer benchmarks to area businesses on the specific case totals that would trigger specific actions. St. Louis County Assessor Jake Zimmerman has criticized Page for a lack of transparency on decisions to restrict youth sports but keep bars open. And University City resident Jamie Tolliver, a board member for the University City Education Foundation, has said the county lifted its restrictions too early. 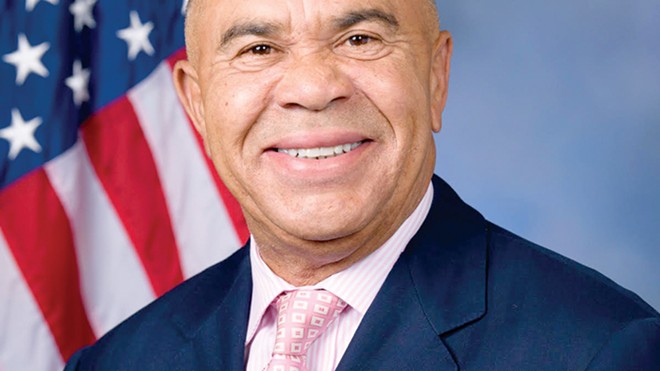 OFFICIAL PORTRAIT
U.S. Rep. Lacy Clay has had a long run. Can he keep it going?

In 2018, U.S. Rep. Lacy Clay beat activist Cori Bush by a nearly 20 percent vote margin. This time around, Bush hopes to build on gains from that race — Clay's tightest in the two decades he's held the seat — and her growing national profile.

The progressive nurse and pastor has been endorsed by U.S. Senator and former presidential candidate Bernie Sanders and, most recently, Jamaal Bowman, another progressive underdog who last month did exactly what she seeks to do when he knocked out an establishment Democrat to win a congressional seat in New York.

Both Clay and Bush support a number of progressive policies like Medicare for All and the Green New Deal. But Bush emphasizes her connection to the people of the district through her lived experiences as a single mother who has experienced homelessness.

A ten-term congressman, Clay sits on three House committees and represents a district where he or his father have been in office for more than 50 years. Supporters point to his tenure as giving him sway in the Democratic caucus, where he's a reliable blue vote. Supporters of Bush say it's time for new leadership in the district — someone who will fight for their constituents as she did in Ferguson.

This election could be a referendum on St. Louis Circuit Attorney Kim Gardner's first term, which featured several high-profile cases that have made national headlines.

In Gardner's first 21 months alone, she prosecuted then-Governor Eric Greitens on a felony charge of invasion of privacy, which was ultimately dropped. There was also the prosecution of former St. Louis police officer Jason Stockley on a charge of first-degree murder, which resulted in acquittal.

Elected in 2016 as a progressive reformer, Gardner became the city's first Black circuit attorney. She has ceased prosecuting most low-level marijuana charges and battled fiercely against the police union after she sent the department an "exclusion list" of officers from whom she wouldn't accept cases because prosecutors don't consider them credible witnesses.

The business manager for the St. Louis Police Officers Association, Jeff Roorda, has gone so far as to call for her removal "by force or by choice."

Most recently, Gardner filed weapons charges against the McCloskeys, the couple who pulled guns on protestors who marched into their gated Central West End neighborhood last month on their way to Mayor Lyda Krewson's house. The move has been vilified by Republicans, including Missouri Governor Mike Parson, U.S. Senator Josh Hawley, state Attorney General Eric Schmitt and even President Donald Trump, all of whom have defended the couple's actions. The local prosecution has also prompted death threats and racist messages toward Gardner.

Her only challenger is Mary Pat Carl, who came in a distant second to Gardner in 2016's more crowded primary. This time around, the city's former lead homicide prosecutor is campaigning as a more centrist candidate, as she champions being "smart on crime." She has criticized Gardner over historically high rates of staff turnover and a low trial conviction rate. Carl has proposed a "duty to intervene" policy, which would require police officers to prevent other officers from violating the law. Still, she claims Gardner's relationship with the police has worsened the city's crime problem. 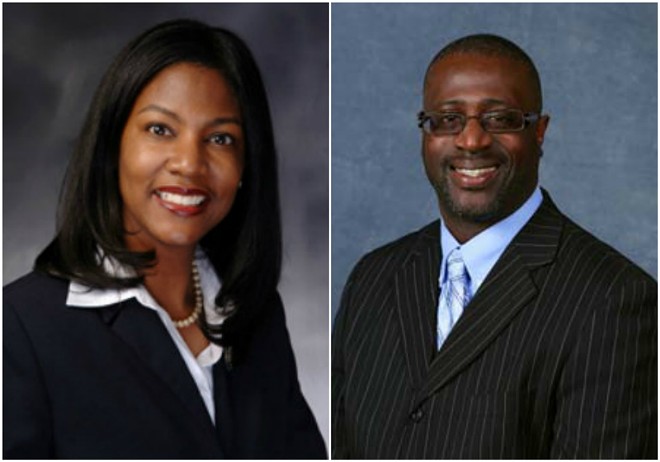 Jones beat Boyd and several others for treasurer in 2012 and ran unopposed in 2016. Both candidates ran unsuccessfully for mayor in 2017, and Jones hasn't ruled out another mayoral run in 2021.

She has some big-name backers in this race. Former presidential candidate and progressive U.S. Senator Elizabeth Warren recently endorsed Jones. Boyd has been endorsed by the St. Louis Police Officers Association.

As treasurer, Jones has banned the felon box on job applications and has called on the city to close the Workhouse while battling repeatedly with Boyd — and often the St. Louis Post-Dispatch editorial board — over a variety of issues, including the treasurer's control of the sizable funds collected through the city's parking operations.

When announcing his candidacy, Boyd said he would transfer control of parking operations to the city. The matter is the subject of a pending lawsuit, of which Boyd is a plaintiff, that seeks to give more authority over parking funds to the Board of Aldermen and less to the treasurer.

If the suit prevails, Boyd has committed to directing those revenues toward programs that would connect social workers to crime victims, as well as a low-interest loan fund to encourage business development.

If Amendment 2 passes, Missouri will join 37 other states in expanding Medicaid eligibility to many low-income adults.

A "yes" vote indicates support for allowing people between ages nineteen and 65 whose income is at or below 133 percent of the federal poverty level to qualify. More than 200,000 adults could be newly covered under such a program, according to estimates from the Kaiser Foundation.

The amendment would require Missouri to seek maximum federal funding of the expansion. And the measure would come at no extra cost, according to a February 2019 report by the Washington University Center on Health Economics and Policy, as it would open the state up to more federal funding — potentially saving as much as $1.3 billion by 2026.

Opponents of the amendment, such as Gov. Parson, still argue it would destroy the state budget, leading to cuts in education and social services.