Screenshot via kmov.com
An officer talks to reporters after last night's shooting. Video below.

The most recent victim of gun violence in St. Louis is a four-year-old girl.

Police say the girl, hit by bullets last night, was not the intended target, but got caught up in gunfire from a drive-by shooting.

The incident took place last night around 7:30 p.m. on Louisiana Avenue in the city's Dutchtown neighborhood and police say that the young girl was shot in front of her mother.

Who was the suspect targeting?

As of this writing, there are very few details about possible suspects or the intended victim -- but it seems clear the bullets weren't meant for the young girl.

Police say the suspect remains unknown and that, according to witnesses, the gunshots possibly came from a dark-colored sedan that was driving by. 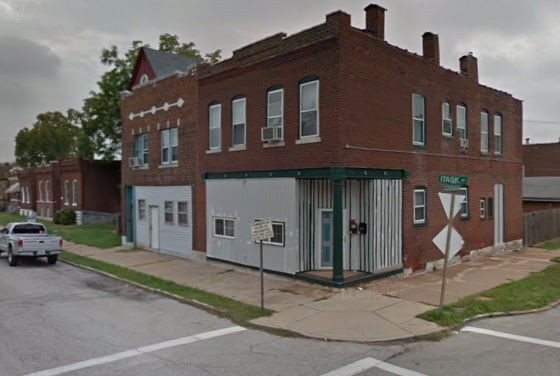 The girl, who was shot in the left shoulder, was taken to a nearby hospital. She is in serious, but stable condition, police say.

KTVI reports that the child and her mother were visiting the neighborhood when a man drove by and fired bullets -- allegedly intended for his girlfriend. The station says that this woman was not related to the child or the mother.

And the bullet apparently missed the girlfriend and hit the four-year-old girl.

The mother was driving her injured daughter to the hospital when police patrolling the area noticed her and took them to a hospital.

Here's KMOV's report on the shooting followed by the short official summary from metro police.

Incident: Assault 1st
Location: 4700 block of Louisiana
Date/Time: 03/28/13 @ 7:33 p.m. vVictim: 4-year old female
Suspect: Unknown
The four-year old female was shot in the left shoulder while in front of a residence in the 4700 block of Louisiana. Witnesses stated the gunshots possibly came from a dark colored sedan as the vehicle drove past the location. The victim was transported to an area hospital where she is listed in serious/stable condition. The investigation is ongoing.