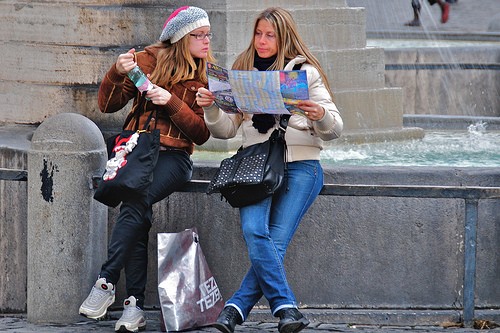 Ed Yourdon on Flickr
"Welp, no Crown Candy Kitchen for us, ma belle ."

Turns out, other countries have the same list -- and St. Louis is on it.

"Avoid the northern neighborhood between the airport and the town center, but the shuttle from the airport is safe," advises the French governmental website, last updated in April.

But St. Louis is not alone. The French list offers tips for fifteen cities and the entire state of Florida.

Here are some more warnings for French tourists vacationing in the U.S., translated by Google:

Florida: Attacks against tourists and car, frequent there a few years ago are now rare. For safety's sake, do not stop outside lit areas, especially if someone at the roadside or car, you are prompted to do so. Report their presence at the first station and the police.

Chicago: Avoid the West Side and the south of the city after 59th Street.

Detroit: The center is not recommended after the close of business.