Frank Haith Has a Problem (And So Does University of Missouri) 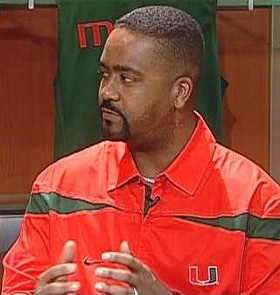 Frank Haith in his Miami days, which just might be coming back to haunt him.
There's one hell of a giant situation brewing in South Florida, where the University of Miami is currently dealing with some very serious allegations about some very serious NCAA rules violations.
See, there's this guy named Nevin Shapiro, who is currently serving a rather lengthy prison sentence for his part in orchestrating a Ponzi scheme, and this guy claims to have supplied all sorts of benefits to various Miami athletes (I believe the correct scientific term would be "assload"), beginning in 2002 all the way up until last year. Now, guys in prison for conning lots of people out of lots of money aren't always the most credible sources of information, but in this case Shapiro has what appears to be a ton of corroborating evidence in the form of pictures taken with athletes, as well as financial records and the like. The reason he's putting all this out there for public consumption? He felt betrayed by the former U players, who failed to come to his defense when he ran into his legal troubles. So he's selling them down the river.
Now, none of this really matters to us all that much, right? I mean, the U is a long way away from St. Louis, Missouri, so why should we care?
Because of Frank Haith, that's why.
Frank Haith is the University of Missouri basketball coach, hired just this offseason to replace Mike Anderson, who left to coach at Arkansas. And Frank Haith also just happens to have come to Mizzou from the University of Miami. And there's one more thing.
According to Shapiro, at least six coaches at Miami knew about his activities. And whose name is at the top of that list? Yep, you guessed it. Frank Haith.
Haith has already denied Shapiro's allegations, including that he acknowledged a $10,000 payment to DeQuan Jones when the school was recruiting him. All the same, the NCAA has already requested to talk to Haith, as well as instructing him not to comment on the matter further publicly.
All of this leaves Miami facing down incredibly serious penalties, with some speculation being thrown around about the Death Penalty, which would essentially shut the program down completely. (Go Google SMU death penalty for more on the ultimate NCAA sanction.) Of course, none of that matters much to Haith; he's out. Scot-free. Well, probably, anyway. But this does all matter for Mizzou, I guarantee.
Missouri is fairly well-known for running what is widely considered a very clean athletic department. Even so, there are violations that have taken place at Mizzou. There are violations that have taken place at every college athletic program in the country. Any time you have a bunch of college kids looking for pizza money and a bunch of alumni excited about the seam route one of those kids ran in last week's win you're going to end up with NCAA violations. Trust me, there are enough guys living in and around Columbia who went to Mizzou and own auto dealerships that somewhere along the line a student or two has found their way to some sweet financing on an Escalade or a part-time job where the boss doesn't mind if you skip out on work Friday afternoon to go to practice. It happens.
Still, Missouri -- and their Athletic Director, Mike Alden -- has done as good a job as any big-time program of avoiding scandals. The last thing a school that has dodged the bullets which seem to be whizzing around constantly in college athletics is scrutiny. And trust me, if there turns out to be any kind of grain of truth to these allegations toward Frank Haith at all, there will be scrutiny. Lots and lots and lots of it.
Frank Haith was hired primarily for his talent in recruiting, as well as his reputation for running a spotlessly clean program at Miami. The Mizzou athletic department wanted him to bring both of those things to Columbia. So far, though, it looks like the only thing he's succeeded in bringing to Missouri is questions about his track record and undue attention the university certainly does not need. 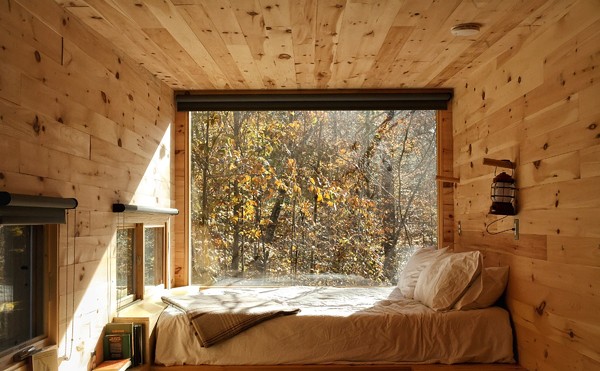