St. Louis alderman Freeman Bosley Sr. has spent many years giving back to the community -- and now he needs a little help in return.

So says Bosley, who is getting a lot of attention this week -- including a front-page Post-Dispatch story today -- for a letter he sent to some of his local contacts asking for donations to help pay for his daughter's college tuition.

"I've spent all the money that I have," Bosley tells Daily RFT. "You know aldermen don't make no damn money."

Bosley tells us that his daughter, Kenya Young-Bosley, who is turning eighteen next month, will attend St. Xavier University in Chicago this fall and eventually wants to go to law school. He says that she has maintained a 4.0 GPA and is in the top 2 percent of her class.

He says in his letter, on view below, that because of her academic achievements, she has been awarded substantial scholarships and has knocked the $38,890 cost down to $14,276. 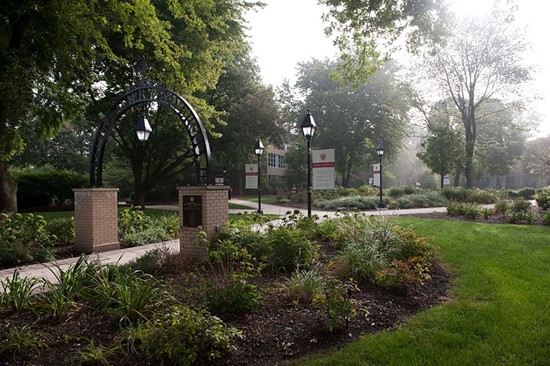 But he still needs a little bit of help.

The P-D, which first reported the letter, questions whether Bosley violated any ethics laws through this letter, but seems to answer its own question with a statement from the acting director of the Missouri Ethics Commission saying that it does not appear the letter violated any state statutes.

Nonetheless, the P-D runs with a headline on the jump on A-6 that says "Though Bosley may not have broken law, ethics questions raised."

Bosley seemed pretty perplexed by the coverage when Daily RFT reached him yesterday.

"I never asked anybody to make a check to me," he says. "I asked them to make it to St. Xavier University."

The letter directs supporters to help sponsor her and send any funds directly to the school.

"College is expensive," he says.

Bosley, whose son was mayor of St. Louis from 1993 to 1997, also argues that there's no way this is inappropriate or could lead to any unethical practices in office.

"I don't accept anything from anybody," he says. "I don't let them buy me soda."

He notes that he has devoted a lot of his efforts to helping children.

"This isn't the first time that a child has come to me," he says. "I've done this for many, many, many children. But it just so happens this one is my daughter. She needs help like anybody else."

He continues, "To not send that child off to college...that would be a disservice to this community. She has the ability to be somebody that's going to really make a difference in this community.... What should I do? Not let her finish college?"

He says her daughter came to him and asked for some support, and they put together the letter and sent it off to a handful of contacts.

And she'll be giving back one day -- after she gets the opportunity to attend college herself.

"Once she gets there, I know she's going to reach out and help others," he says.

For her part, Young-Bosley tells Daily RFT in a brief chat that it has been difficult to find the money she needs. She says she is considering double majoring in pre-law and pre-med.

"It's important that I go to college," she says.