Send a News Tip
This series has received quite a bit of hype from various media outlets around town as sort of a playoff preview, if you will. If the Cardinals do in fact make it into post-season play, there's a very good chance the Dodgers will be one possible opponent. Honestly, I would ordinarily lean toward skepticism about this sort of thing; trying to judge a team against other possible contending teams in the middle of the summer is a fool's errand. However, in this case, I actually think this really is an important match-up for the Cardinals.
The timing, for one thing, is just perfect. The Cards get a chance to roll out their shiny new lineup against the team with the best record in baseball. The Cubs have recently gone on the run we all knew they would at some point in time, and the rest of the field in the NL Central is beginning to look a little shaky. After getting their asses handed to them two days in a row by the defending champs, it's time for the Cardinals to show something. If they're really a contender, really ready to hang with the big boys, this is just the time to show it, and just the team to show it against.
Well, so far, so good.
Chris Carpenter is ridiculously amazing. Even on a night when he clearly struggled to really execute consistently while trying to contend with what can only be described as a migratory strike zone, Carp somehow managed to hold one of the most fearsome lineups in all of baseball to but a single run. We all know how good Albert Pujols is, but I think his greatness occasionally overshadows just how incredible it is to watch Carpenter ply his trade. If he can't beat you with the curve, he'll beat you with the cutter. If he can't beat you with the cutter, he'll beat you with the fastball. If he can't beat you with the fastball, he'll beat you with sheer force of will. Pitchers don't endure multiple arm injuries and surgeries, come back, and still dominate. It just doesn't happen, and yet somehow, Carpenter does it on a regular basis.
click to enlarge 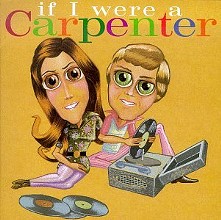 I'm not saying I'm concerned with Albert Pujols' current slump, but, well, I don't really know how to finish that sentence. Remember we were all worried the Home Run Derby might do something to do his swing? Then, of course, he comes out, hits two homers in the first game after the break, and we all relax. Well, don't look now, but since the All-Star break (not including last night's 1-4 effort), Albert's line is an extremely un-Pujolsian .257/.333/.429. For an ordinary player, that's not so bad. For Albert, that's positively alarming. If we take out that first game back, the line looks even worse: .226/.294/.226, good for an OPS of .520. I'm not saying or anything, I'm just saying.
I know, it's only a little over a week's worth of games, and I'm sure Albert will turn it around. Still, though, maybe the Home Run Derby wasn't such a good idea after all.
The Cards did an excellent job of putting up some runs against James McDonald, who has been very good for the Dodgers this season in relief, but I wasn't nearly as impressed with the way they approached Randy Wolf. Wolf struggled with the vagaries of the strike zone the same way Carpenter did for most of the night, yet the Cardinals managed to draw only two walks off him. I thought with a bit more patience, the Cards could have put at least a couple more runners on base. Then again, Wolf has been remarkably good this year at minimizing his walk numbers, so I may be laying blame on the Cardinal hitters rather than giving Wolf the credit he deserves.
Brendan Ryan is fast becoming a huge contributor to this team. I don't think there are more than two or three other shortstops in the league who could have turned that second double play off the bat of Manny Ramirez in the fifth inning. The speed with which Ryan got the ball over to Julio Lugo at second base was remarkable. The slightest hesitation in that situation and the play unfolds in a completely different way; after that, who knows what happens? The big offensive night from Brendan was a lot of fun to watch, and I'm sure he enjoyed it, but bottom line, Brendan Ryan could hit at replacement level the rest of the season and still be one of the better shortstops in the league. His glove is just that good.
That was one of the worst officiated games I have ever seen. I get it, umpiring is tough. It's thankless, demanding work, making split-second decisions that, chances are, no one is going to be happy with. But how in the hell has the overall quality of the umpiring in the major leagues gone so far downhill?
I'm just going to ignore the tag play at first base, even though Orel Herschiser on the ESPN telecast somehow called it correctly from over by the Cardinal dugout, while Rob Drake got it wrong from approximately four foot away. It was a bad call, but it was also a tough play. Hey, shit happens. No, what I don't understand is how the very basis of the game, the calling of balls and strikes, can be so terrible night after night. The strike zone varies from umpire to umpire, almost as if there were no set standard for it; sadly, there is such a standard, it's just widely ignored. Worse yet are the strike zones that mysteriously shrink in the middle innings, or those that metastasize as the game goes on. Still others just seem to sort of float around, so that any given pitch in any given location becomes an exercise in the Uncertainty Principle. It's a fucking joke, and I'm sick and tired of watching it every single game. Jeff Kellogg, this most definitely means you.
So what, in the end, did we really learn from this game about where the Cardinals are, what their chances might be against the Dodgers or a team like them in the playoffs? Not much, to be honest. We did learn the Cardinals, even with that shiny new lineup, can't hit a lefty with a 65 mph curveball worth a shit. We also learned it doesn't matter if they can't hit said lefty worth a shit, so long as Chris Carpenter is standing on the mound.
I will say this, though: looking at these two teams, there isn't a big talent gap, as you might expect from two teams with each of their respective records. Maybe there would have been a week or two ago, but as it stands now, the Cardinals do, I believe, have the talent to make a deep run into October.