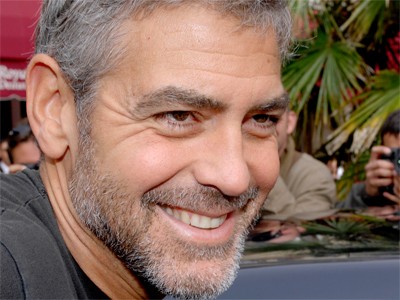 You might have heard by now that George Clooney is going to be working in St. Louis later next year (as in a few weeks from now), on a movie called Up in the Air. At least someone will be working in the city during what's projected to be a nasty first quarter.

Want to be a part of the movie? Here's How.

All signs point to this film being a big deal by St. Louis movie standards, with Juno director Jason Reitman directing and the filming expected to last about five months in St. Louis.

Based off a novel by well-known writer Walter Kirn, Up in the Air was first published in 2001.

What other movies were filmed in St. Louis? Some of our favorites after the jump.


Escape From New York
The 1981 action flick gives viewers an apocalyptic version of 1997 New York City, in which Manhattan has become a walled-in island full of murderers, rapists and federal police who try to control them. Naturally filmmakers chose the eerily bending Chain of Rocks Bridge, dilapidated Union Station and the pre-renovation Fox Theatre as backdrops.


The Game of Their Lives
The soccer movie shot here in 2003 is about the 1950 U.S. World Cup team that defeated England. It was shot mainly on the The Hill and the subject of this RFT story that begins with a former writer sneaking on the set.


The Great St. Louis Bank Robbery
In 1953, Southwest Bank -- still there today at the corner of Southwest and Kingshighway -- was robbed. It later became a movie. A St. Louis Police officer shot four Chicago robbers. It became a movie in 1959 starring Steve McQueen, and some of the actual officers and -- including Mel Stein -- played themselves in the film.

King of the Hill
Before he directed the Ocean's Eleven franchise and Sex, Lies and Videotape, Steven Soderbergh directed 1993's King of the Hill. Based on the story of A.E. Hotchner as a boy living in a slum hotel in St. Louis. That hotel was located at the corner of Kingshighway and Delmar, now since demolished, as the clip explains.

Larger Than Life
A movie starring Bill Murray and an elephant, who go across Kansas on foot. Some scenes were shot in Granite City, Illinois.


Meet Bill
Filmed back in the summer of 2006 but released just this past summer, Meet Bill has been panned as American Beauty Lite by some bloggers. It stays in the spotlight here in St. Louis though, as some scenes were filmed at the Galleria mall. It also stars Jessica Alba.

National Lampoon's Vacation
These classics need little explanation -- just watch both clips. The first includes the drive over the Mississippi River and the second is set in East St. Louis. However, a critical loophole arises -- the Griswolds crossed the bridge into Missouri, yet they are somehow back in East St. Louis. Ahh, the magic of Hollywood!


Planes, Trains and Automobiles
This comedy classic has a few goofs in it as well (thanks, IMDB!) When John Candy and Steve Martin's characters are on their way from St. Louis to Chicago, they are pulled over by a Wisconsin State Trooper. I hope this needs no explanation. The 1987 film also has some scenes shot in St. Louis. (Clip is NSFW.)