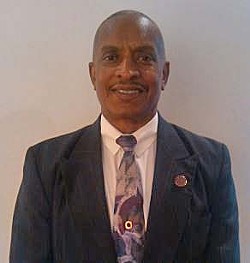 After Ferguson, the urgent task for the St. Louis region is to include people who believe they have been disenfranchised from the process of change. This effort must be sincere, transparent, constant and applied with cultural sensitivity.

The disenfranchised people are primarily the black youths who are showing the world that they can be a force in making change, whether society likes the way they accomplish it or not. Special efforts must be made to hear their concerns. Then government, business and clergy must address those problems and solve them.

Politicians must accept partial blame for the erosion of trust of the black public, particularly relative to law enforcement. They have failed to address the core problems. Conversely, the black public must accept the fact that this situation is a direct result of their failure to involve themselves in the processes that would have prevented these problems, such as submitting political candidates, voter registration, going to the polls on Election Day and stopping "black on black" crime.

Everyone needs to think about the long-term consequences of their actions. Too many people are acting hastily, selfishly and brashly. For example, arrestees in Ferguson face fines, court costs, restitution, imprisonment, loss of jobs and a criminal record. Unfortunately, other people connected to these people will also needlessly suffer. We must learn to vent anger in ways which cause minimal collateral damage.

Law-enforcement personnel must submit to a higher and more humane standard than that which the laws of Missouri or their agency's guidelines permit. They must understand or be made to understand that they cannot abuse their power without consequences. They must realize that for every action there is an opposing action which could hurt them. They must realize that, one day, they will return to being just another citizen of this region.

Laws must be changed, amended or created to ensure that the human element is not allowed to run rampant against the public or individuals, either in the courts, politics, policing or corrections. Oversight committees, with the power to levy punitive action against offenders, must be established in all police agencies. However, committee members must have police experience or be civilians who have completed a required training period with police officers.

Leadership and citizens must interpret the writing on the wall and choose a path which discourages ethnic conflict and societal destruction. Leadership must plant the kind of moral, political, educational and legislative seeds that it wants to see sprouting over this region. For indeed they shall grow as those previously planted are growing, right now.

Society must begin to mandate teaching the law to all citizens, just like they teach the police, so that there is no advantage given to authorities due to citizens' ignorance of the law.

About this project: Riverfront Times asked a diverse group of contributors — policemen, rappers, shop owners, clergy — to tell our readers where they see solutions to the region's deep-rooted troubles. It's part of our #FergusonNext collaboration, in partnership with the Guardian's "US Opinion," the St. Louis Post-Dispatch's editorial page, the St. Louis American, Ebony.com and Colorlines. Go to www.fergusonnext.com to see what our partners are doing and to join us in our attempt to answer the question, "No justice, no peace — what now?"