Google Touts Economic Impact in Missouri, Says Nothing of Profits Headed to California 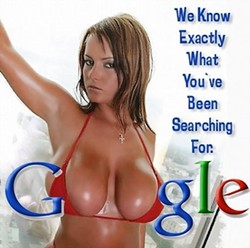 Google busts out some big figures.
Was I the only one who thought it strange yesterday that Google decided to make public its "economic impact" in Missouri and other states?

The news release yesterday was apparently the first time ever that the search engine has shared its state-by-state financials -- and comes at a time that the Internet giant is receiving mounting scrutiny for its near-monopoly stranglehold on the Internet.

In the statement yesterday Google boasted that nationwide it generated $54 billion in economic impact last year through the sale of search and advertising services. In Missouri, that activity equated to $643 million of economic activity in 2009 for some 22,000 businesses, website publishers and non-profits. In Illinois, Google claims it had a $3.2 billion economic impact last year.

Funny, though, that Google's press release mentioned nothing of the billions of dollars in profits it has reaped from these states over the years.

That's money that in those ancient days before the Internet (I'm talking as far back as the mid-1990s) was spent on local newspaper advertising, local phone directories and other forms of advertising. Back then those marketing dollars tended to stay in the community in which they were spent.

Now much of those advertising dollars goes straight to Google's headquarters, which is nice, if you live or work in Mountain View, California.

One wonders: What's was the economic impact of Google's $35-billion in profits last year on Mountain View? That would make for an interesting news release. How 'bout it Google? I know you're reading this.