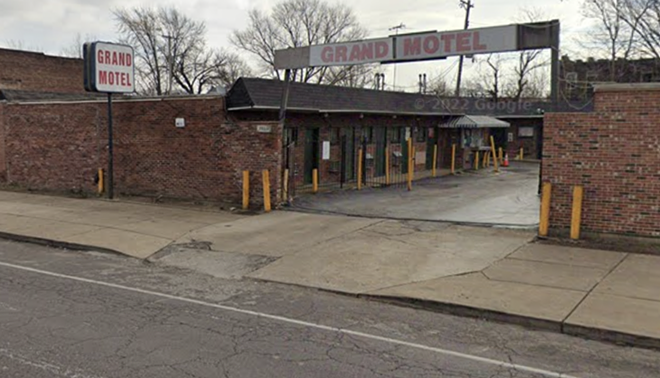 The Grand Motel will close for five months after coming to an agreement with the city of St. Louis on a public nuisance notice.

At a hearing this morning, the city announced that under terms agreed to by owners Grukrupa Inc., the motel will be subject to city, state and federal inspectors and cannot reopen until “all code violations are abated.”

In five months, the motel will have the ability to reopen if it meets that standard. However, the owners must implement armed security on weekends for the next 12 months. Rent will also shift from four-hour blocks to a nightly rate.

The Grand Motel has come under fire in recent years as residents in the surrounding Jeff-Vander-Lou neighborhood say the business is a haven for drugs, crime and prostitution.

The St. Louis Department of Public Safety sent a public nuisance notice on March 31. According to the consent agreement, the city has received 86 calls of a nuisance at the motel over the last 12 months. In the last seven months alone, police responded to three drug overdose deaths, another near-fatal overdose and a shooting on the site. The city said hotel staff also called police 16 times to report guests who didn’t check out on time.

In July, residents went door-to-door in the Jeff-Vander-Lou neighborhood to inform people of the hearing.

“There’s got to be something that we can work on to make this stop,” community member Carron Johnson told the RFT in July. “It’s not safe. It’s not a friendly environment. And a lot of people, when they go by, they’re nervous.”

At the time, 3rd Ward Alderman Brandon Bosley said that the property owners have hosted community events and handed out Christmas toys in the past. He hoped to work with them to provide a cleaner and safer environment for nearby residents.

“I don't think that'd be a good idea in this moment,” Bosley said at the time. “We have no clue what we would do to replace that building if it was to be shut down.” Residents Campaign To Clean Up St. Louis Motel: A nuisance control hearing will be held about the Grand Motel on July 19

The business will have 30 days to prepare before temporarily closing for five months. If they fail to comply with the regulations, the motel could close for an additional year.

The owners of the motel were not physically present for this morning’s hearing.