Half of Illinois Wants to Leave the State, Missourians Mostly Stay Put: Gallup 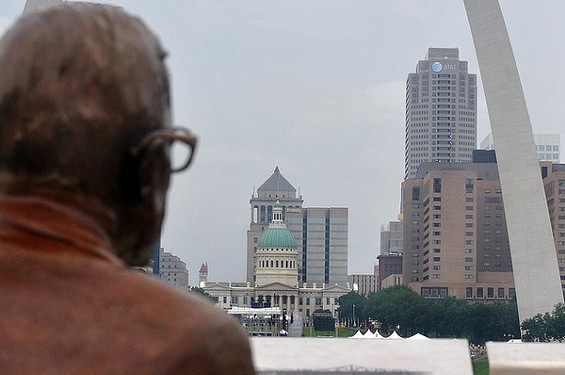 Loco Steve via Flickr, cropped
People are a lot less happy with their home state just across the river.

Half of Illinoisans and a third of Missourians want to move to a different state.

But the real headline here is how much Illinois residents want to leave the Land of Lincoln. Illinois topped the Gallup ranking with 50 percent of people saying they'd like to leave and 49 percent saying they'd stay.

"Every state has at least some residents who are looking for greener pastures, but nowhere is the desire to move more prevalent than in Illinois and Connecticut," according to Gallup. Connecticut came in second to Illinois, with 49 percent of residents saying they'd like to move.

The Gallup poll, which included at least 600 interviews with adults in each state during the second half of 2013, also asked the open-ended question, "What is the main reason you are planning or likely to move?"

In Missouri, 87 percent of people said they weren't likely to move out in the next year. Twelve percent said they were likely to leave, just two percentage points below the national average.