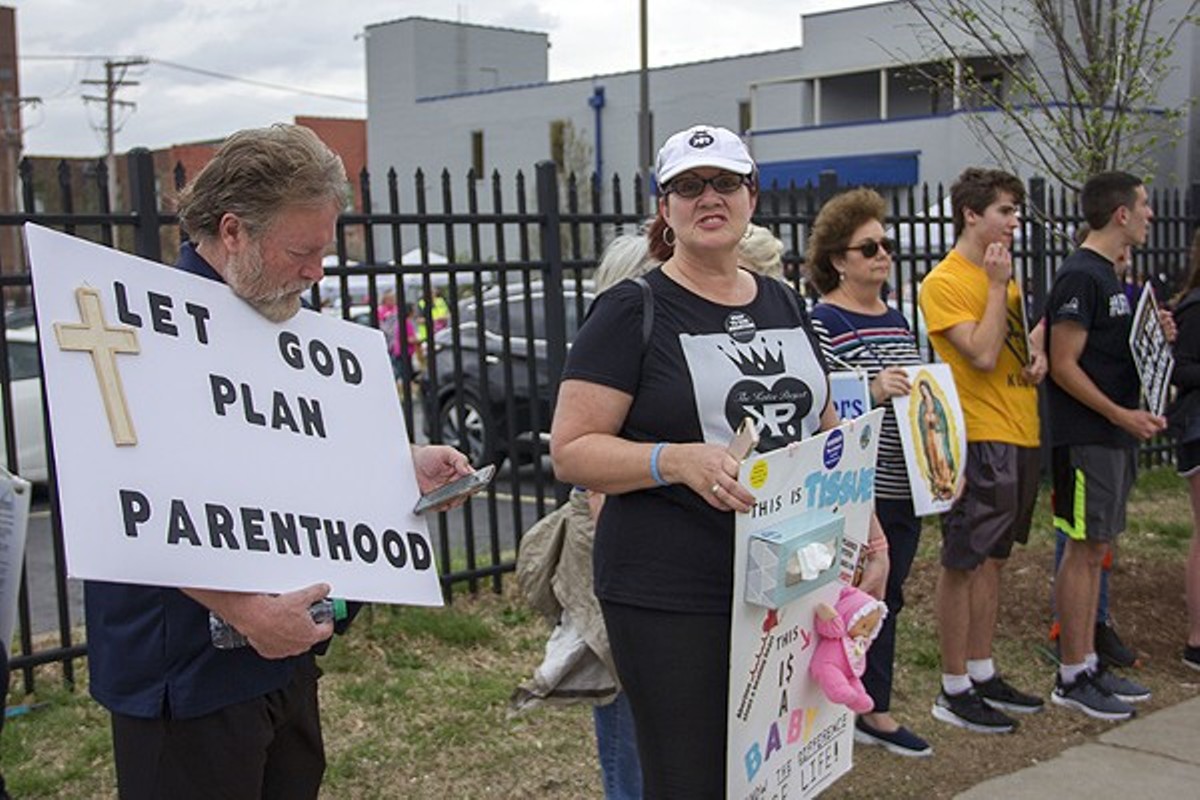 The late, great Anne Keefe of KMOX had it nailed when it came to those who would deny women their reproductive freedom.

“This isn’t about life,” she would say. “It’s about sex. They’re just obsessed about other people’s sex.”

Keefe, a mentor of mine, was the wisest person I have ever known. But far more important, she was an inspiration for so many women and a warrior for their rights. And she taught me that no matter how passionately I viewed abortion as a civil-liberties issue, it is ultimately about women and their dignity. I’m never getting pregnant.

The nation — and especially its women — was taken to a dark place last week when the U.S. Supreme Court let stand a cruel and immoral ban on all abortions after six weeks by the Texas legislature. This is widely assumed to represent the end of the road for Roe v. Wade, the landmark decision that has protected women’s reproductive freedom since 1973.

No one knows the extent of human carnage that will be wrought through the false invocation of life. And let’s not tiptoe around: The same “leaders” who pretend so piously to champion life are the very ones who would remove basic health care — see “Medicaid expansion, opposition” — and virtually all other safety-net provisions once unborn children become born.

Now, do many people self-identified as pro-life genuinely care about babies before and after they’re born? Of course. Millions of them do. And not one of them should ever be discouraged from supporting childbirth under any conditions. In fact, I’m one pro-choice person who believes the nation can and should do more to make adoption an accessible choice for all women.

But the good intentions of values voters should not be confused with the bad intentions of those who exploit them for political gain. You’ve got a clue about the latter group when their self-proclaimed compassion stops at birth.

Aside from caring about life only until birth, the anti-choice politicians follow an essential, if unstated, creed: “Rules for thee and not for me.”

These politicians universally fall into the ultimate protected class regarding the availability of abortions for all women in their orbit: They are not impacted by anti-abortion laws, because they will always possess the means to access safe and legal abortion services somewhere. Without exception.

This was a primary argument a half century ago when the abortion debate first began raging in the public square. The women who were impacted by laws restricting abortion access were overwhelmingly poor and disproportionally people of color. They still are.

Unlike the politicians’ valued constituents, they’re often not going to find the comfort of a private physician’s office. They’re not going to have the means to travel to another state. They have no one to call, unlike, say, campaign donors.

Footnote: There’s one other important carve-out for politicians: a personal exemption. It is true that no statistics are maintained as to how many of these people — mostly men — engage in adultery which might yield an unintended pregnancy, but it isn’t zero. No, zero is the number of politicians, across party lines, who would actively interfere with a woman’s right to choose an abortion in such situations.

But enough about sex, the X factor that animates this issue. Regardless of why the abortion issue has been ignited, the next big thing is what it will mean politically. A major unknown is what the real-world impact will be on the hundreds of thousands of American girls and women who might be impacted. Right away.

In Missouri, the total number was 2,909 abortions, of which 300 or 10.3 percent were teens, including fourteen who were younger than fifteen years old. Black women (47.5 percent) having abortions outnumbered white women (42.6 percent).

What they all had in common was that, for whatever reason, the women and girls either did not want to go forward with a pregnancy or felt they were unable to. In either event, if tens of thousands of them, say, could be forced by their state governments to bring to term a baby against their will — in a world of diminishing social services and resources — who knows what would happen?

Nationally, this might spell trouble for Republicans. President Ronald Reagan, remembered now by conservatives as “the father of the pro-life movement,” followed an interesting political philosophy regarding abortion. It was not advanced officially, but it went like this: You run on abortion. You do not govern on abortion.

Reagan campaigned passionately in the 1980 election on a specific promise to advance a constitutional amendment to ban abortion. But the movers had barely unpacked him in the White House when Reagan discovered it might suffice for Congress to pass a law declaring that human life began at conception, or some such thing.

In any event, the Great Communicator — a man with enough political capital to win landslide reelection in 1984 with a margin of 525-to-13 electoral votes — never introduced a word of legislation (much less a constitutional amendment) outlawing abortion. Republicans have reaped political gold ever since by campaigning and railing against Roe v. Wade without actually eliminating it.

But now, this arrow apparently might go missing from their political quiver. This scares them greatly, a fact borne out by the absence of any victory celebration whatsoever by Fox News and Republicans writ large when SCOTUS announced its refusal to freeze the Texas case. The seismic moment barely got covered in right-wing media.

Similarly, here at home, Republican Congresswoman Ann Wagner, who has built her political career around a central organizing principle of fighting abortion, has not uttered a peep publicly that I can find. Not a press release, tweet or email. And certainly not an on-camera statement. That says all you need to know about Wagner’s enthusiasm for campaigning against abortion — in a metropolitan area naturally leaning pro-choice — in a post-Roe world.

As for Missouri statewide politics, however, that’s a different matter. It will be shocking if the Republicans don’t exploit their 70 percent majorities in both chambers to mimic what Republicans with just 55 percent margins in Texas did this year. That would present a perfect election-year stunt with which to demonstrate their culture-war bona fides, even though most surveys show only a slight majority of Missourians would outlaw abortion in all or most cases.

It is what it is. But to channel my dear friend Keefe, get out of here with all the cheap talk about life. Not in Missouri, a state that could not care less, as a matter of policy, about poor children after they’re born.