Hartmann: It's Time For St. Louis To Quit Whining About Stan Kroenke 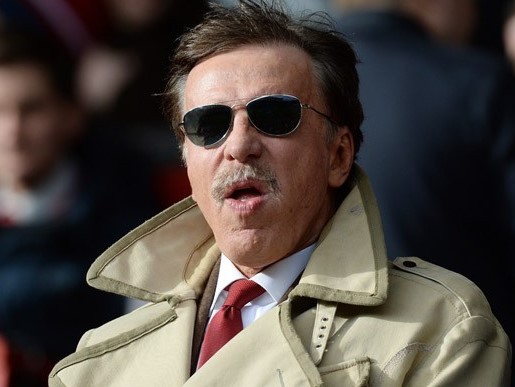 There was owner Stan Kroenke, fat cigar in his mouth, championship hat on his head, hugging players and coaches and front-office folks, lapping up the celebration. Even the sports media heaped praise upon him.

"The concept of an unsung billionaire is absurd on the face of it. Unless the face in question belongs to Stan Kroenke," a local sportswriter gushed. "Without Stan Kroenke, this Super Bowl fairy tale would be pure fiction."

Silent Stan didn't say much to the press at the victory party. But the words he had uttered two weeks earlier still echoed:

"This town has been unbelievable all season. We do have good fans, and not just now."

That was right after the team's victory sending them to the NFC championship game. Rams players even gave Kroenke a game ball.

But enough about the St. Louis Rams from January 2000.

St. Louis had a bad breakup with Kroenke. In fact, it was so bad that revisionist historians have written Kroenke out of all the good times.

The writer describing Kroenke as an "unsung billionaire" 22 years ago was Tom Wheatley, then a fine sportswriter at the Post-Dispatch.

Kroenke was thought of as peculiar, but hardly unsavory.

The saga began in the 1980s. Georgia Frontiere, then the team's owner, was despised in Los Angeles. She couldn't get a stadium built for the Rams. She faced personal financial difficulties and sought a lucrative deal for the team in another town. Frontiere was a St. Louis native, so her decision to move the team here was heartwarming. It might have been more touching had she not first tried to move the team to Baltimore in 1994.

But it wasn't an easy deal. It required Kroenke, and his wallet.

Kroenke's willingness to invest $60 million for 30 percent of Frontiere's team was critical. A few years later he paid $20 million for 10 percent more.

But let's be clear: He did write the check that made the St. Louis Rams happen.

Eventually, Kroenke acquired full ownership of the Rams from Frontiere's estate. In 2010 I wrote about this for St. Louis Magazine.

I noted that St. Louis should be concerned about the Rams leaving. This was five years before they actually left; unusually prescient for me.

St. Louis' breakup with Kroenke was not unlike a divorce. And there's a time-honored principle that applies after any difficult breakup:

The person who stays bitter the longest is the one who heals the least.

St. Louis is a great town, and one that is not served by the constant drone of whining, rage, self-pity and irrational hatred of Kroenke. It's a bad look. It's insecure and petty. And it involves revisionist history.

Kroenke is plenty despicable. He owns the Walmart that ruined your town.

But that's not really the case when it comes to the Rams. The sad story of the team's relationship with our town? Kroenke is just one part of it. 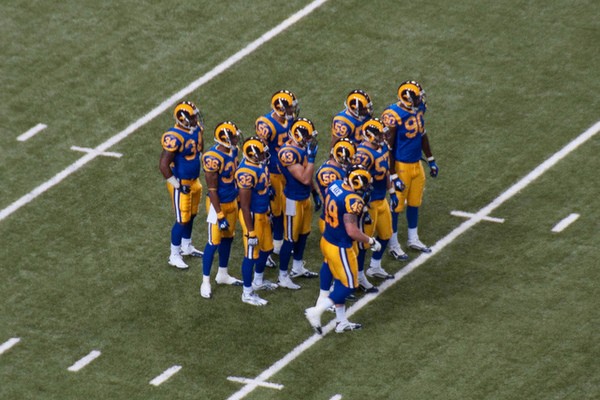 Keep in mind that Kroenke's business decision to move the team to Los Angeles (as part of the largest sports-related investment in American history) was precipitated by a perfect storm.

Here are the key elements:

• Georgia Frontiere died in 2008, at age 80, having quietly battled breast cancer during the last year of her life. She had recently purchased a home in Frontenac, and wasn't going anywhere with the Rams. Had she lived even four more years, the Rams would be still playing in the Edward Jones Dome in St. Louis.

• The robber-baron cartel of NFL monopolists has despised St. Louis for decades. In 1988, the owners unanimously approved owner Bill Bidwill's request to move the Big Red to Phoenix. They twice snubbed St. Louis for an expansion team several years later — to smaller-market cities — despite St. Louis having a state-of-the-art football stadium halfway built. The NFL owners voted 21 to 3 against allowing Frontiere to move the Rams here in 1994. Only after extracting $29 million in relocation fees and $17 million in Personal Seat License money did it grant approval by the narrowest possible margin, with seven owners, including Bidwill, voting no a second time.

• St. Louis was not a strong NFL market. Yes, we had our glory days. The Big Red were a beloved part of my childhood with my dad. I was a loyal Rams PSL holder from the start, went to all the games and traveled to both Super Bowls. But the numbers don't lie. By 2008, the team was ranked 23rd in value among the 32 NFL franchises, as tracked by Forbes. Two years later it dropped six places to 29th. St. Louis never ranked higher than 12th in NFL home attendance, not even in the Super Bowl years. It fell to fourth from the bottom by the time Kroenke bought the team. The outsized footprint of the St. Louis Cardinals had something to do with that.

Last month Forbes published its rankings of the 25 most valuable sports franchises. In no small part because of the Rams' move to Los Angeles, Kroenke Sports and Entertainment sits in second place, with an estimated value of $10.54 billion. That's more than double what it was worth, $4.1 billion, when the Rams left town in 2015.

Think what you will about Kroenke, but as a businessman, should he truly have foregone all those billions to accommodate St. Louis? Of course not.

That's why pretty much every word that came out of his mouth about the Rams — from 2010 on — was a lie. He was out of here long before he would admit it.

The same can be said for the NFL scoundrels, including Commissioner Roger Goodell, who for more than a decade was desperate to return the NFL to the nation's second largest market. Much to St. Louis' misfortune, Kroenke was the only person on the planet who could accomplish that mission.

So, it happened. St. Louis lost the Rams but won a much-deserved $790 million settlement as a consolation prize. The only time we should waste thinking about Kroenke is when we're spending it.

It's time to move on from Stan Kroenke. He never was any good.