Hartmann: Missourians Get What They Pay for from the State, Which Isn’t Much 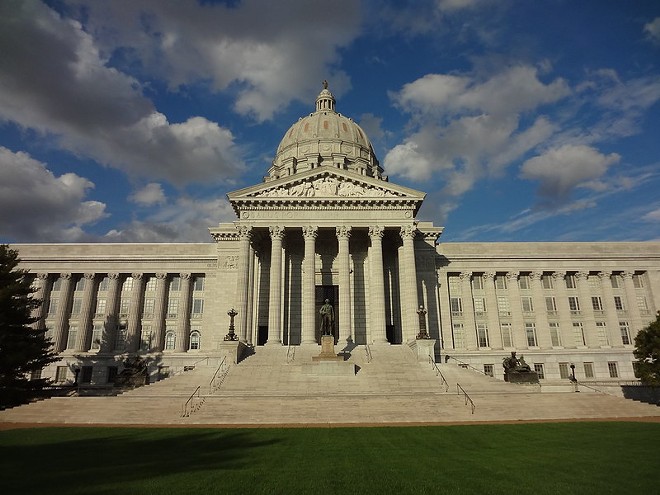 @pasa / Flickr
Missouri is scraping the bottom of the barrel in many nationwide rankings.

For the most part, the people who say that have never run a business. But it plays well with folks because it’s one of those comfortable old saws that sounds great if you don’t stop to think about it.

It’s the governmental version of “a stitch in time saves nine” or “hang up the phone.”

But let’s say I’m wrong, which happens a bit. Let’s say the state government in Jefferson City should indeed emulate the business world — especially companies that, like the state, deal in billions in revenues.

Think about the last time you saw one of those car-insurance ads make this case: “We pay our claims agents and adjusters less than anyone else in the industry so we can pass along those savings to you.”

Then there are the auto-repair experts: “Our trained mechanics may have less training than most others, but that means we can pay them less so that you can save money on your tires and repairs.

How about the airlines? “We have some of the lowest-paid pilots and mechanics in the world of aviation and that means cheaper prices when you fly with us.”

And the fast-food giants: “We pay less for our meat so you can enjoy larger portions that take a smaller bite out of your wallet.”

Finally, there’s this example: “Move to Missouri. We make less effort at the state level to support education and health care — and we pay our state workforce lower wages — than just about any other state in America. And that means lower taxes for you.”

All Missouri needs is to find some of the lowest-paid marketing professionals around and get that message out in some of the cheapest media possible. People who don’t think clearly will flock here in droves.

I worked in state government in the 1970s, and I remember noting that Missouri consistently hovered right around the national median in spending and taxation. It was amazing how often the state — which is a geographical median, north-south and east-west — landed right in the middle of things in one metric or another.

That’s who we were in Missouri. I remember thinking mediocrity wasn’t such a great goal, but I was young. As a graduate of the public schools and public higher education, I was convinced that shooting for anything less than number one was unacceptable. But maybe I wasn’t well-educated enough to know better.

Back then, a case could be made that states that trended toward the top in per-capita spending for services might be overpaying a bit. Conversely, maybe some of the ones toward the bottom were there because of greater efficiencies and prudence.

Today, nuance is dead. Missouri is just as consistent as it was nearly half a century ago, but we’re not mediocre anymore. We’re one of America’s proudest bottom-feeders.

Statistics aren’t everything, but they don’t lie when states’ per-capita expenditures, tax burdens and the like are compared with one another. Especially if you want to run the state like a business and your business competitors are the other 49 states.

And let’s be clear: Missouri has become a bottom-feeder state where it matters. Missouri ranks almost dead last in America in the amount of per-capita state revenues that go to support public education. Not long ago, it ranked dead last in the average compensation of its state employees (a number that has fluctuated).

Missouri officials can often proclaim “at least we’re not dead last!” to celebrate one ranking or another. Recently, the state proudly grabbed the 42nd spot in Best States for Health Care as ranked by U.S. News and World Report. Hopefully that isn’t too stressful to state residents since we’re ranked 44th in mental health by Mental Health of America.

The picture is slightly better for higher education, where Missouri proudly ranked 32nd in per capita support in 2020, 17 percent below the national average. But even that wondrous statistic comes with an asterisk: Go back just 20 years to 2000 and Missouri ranked 18th in the nation, 8 percent above the national average, according to the same source. That’s a big fall.

To be fair, most of Missouri’s lowest rankings pertain to the functions of government to which conservative politicians are most hostile: public education at all levels, social services and health care for the poor, and so on. They can point with pride to the state’s 13th place ranking in state-local tax burdens for 2022, as measured by the Tax Foundation.

But you get what you pay for with taxation. The best example is Missouri’s brilliant status as having — far and away — the lowest taxes on tobacco products in the country. Yes, Missouri’s 17-cents-per-pack tax rate on cigarettes is not only 51st in America, but also less than 10 percent of the national average of $1.91 per pack and less than half of the next lowest state.

Now the state does have a fair amount of tobacco tourism to show for it on its borders, which is why convenience store–industry lobbyists and others have been able to keep the tax so low. But as just one example of what low taxation can mean in the real world, consider the following:

Now, that’s just one microcosmic example, but it’s the type of scenario played out every day. The state’s non-commitment to education, health care and social services shows up in the form of nutritional deficiency, low academic scores, crime and the like — just like not spending on tobacco prevention gets you higher teen smoking rates.

This, of course, is the last thing conservative politicians want to hear right now, because they’re facing a terrible crisis. It seems billions of new federal dollars are pouring in for COVID relief, infrastructure projects and Medicaid expansion — plus there’s the surplus from better-than-anticipated state general-revenue spending — and that’s awful news.

What’s worse, all the other states — you know, “businesses” — are seeing similar windfalls from the federal government. That’s only going to make everyone want to go on some wild spending spree like a bunch of crazy liberals.

That’s no way to run a business, not when your guiding philosophy is “why buy the cow when you can get the milk for free?” That sounds smart even if it doesn’t make any sense.