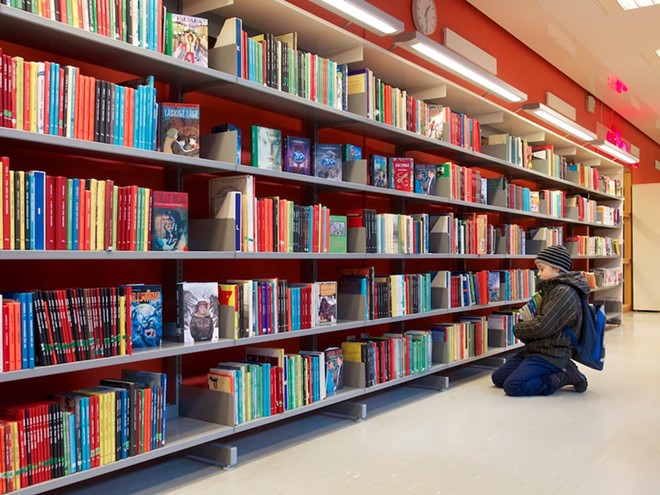 FLICKR / NIKLAS MORBERG
Missouri legislature's new law might seem to ban books, but it is actually a lot of sound and fury.

Some books were banned recently from a few public-school libraries in the St. Louis area — a hideous exercise in primarily anti-LGBTQ bigotry — so you'd expect people of good conscience to scream from the mountaintops about the knuckle draggers responsible.

Sorry, hard pass. And not just because Missouri doesn't have mountains. And certainly not because the offending parties don't deserve scorn for their hateful ways.

No, just don't give the fools the attention they seek. The best way to react to RsMo 573.550 — entitled "Providing explicit sexual material to a student, offense of" — is to follow the principle of "ignoring creepy wingnut politicians who crave attention, wisdom of."

The slightly revised statute purports to create a Class A misdemeanor for "providing sexual material to a student." It effectively tweaked existing law — yes, such a thing was illegal before — but it pretended to represent some new crackdown from the culture-war police of the Republican Party.

It is not. The new legislation is just an empty threat. It is the unserious handiwork of far-right extremist state Senator Rick Brattin, R-Harrisonville, via an amendment to an otherwise solid piece of education legislation.

If you didn't know better — and most folks don't — you'd think Brattin had achieved some great victory by giving legislative teeth to the national cause of cracking down on woke leftist librarians poisoning our children in schools.

Nothing could be further from the truth. The bill is only a potential threat to someone who would provide actual, visual pornography to students which, again, they could not do before. And should not be able to do.

Don't take my word for it. Just read the revised legislation. I just happen to have it here.

To begin, let's take a look at the definition of "sexually explicit material" as defined now by RsMo 573.550 And let's take it slowly, in parts. Here's the first:

Now, for the first stop in our tour. Note there is no reference to the written word. Maybe Brattin doesn't trust written words, or maybe he didn't know what he was doing. Or maybe he truly didn't want the law to affect written words. But it doesn't.

Now, for part two of section one, listing the specific images that cannot be shown:

Emphasis added by me, just because I can. Read that list again. It looks like it was cut-and-pasted from some legislator's web-search history.

More emphasis added by me at the end. This doesn't apply to science class or sex ed or all the other possible contexts for which school officials seem to fear the legislation can be twisted.

If anything, the new law that's supposed to be so threatening to school officials is quite the opposite. They should be comforted by the specificity of the narrow definition of sexual content, as well as the long and compelling list of exculpatory exceptions.

It's all talk and no action. And by the way, it doesn't even target school librarians any more than it does someone from outside coming to class to make a presentation.

Consider whom the law applies to:

(2) "'Person affiliated with a public or private elementary or secondary school in an official capacity', an administrator, teacher, librarian, media center personnel, substitute teacher, teacher's assistant, student teacher, law enforcement officer, school board member, school bus driver, guidance counselor, coach, guest lecturer, guest speaker, or other nonschool employee who is invited to present information to students by a teacher, administrator, or other school employee. Such term shall not include a student enrolled in the elementary or secondary school."

The whole furor is about nothing. The only thing that can make this relevant is if a handful of school officials overreact preemptively and turn this into a giant self-fulfilling prophecy. 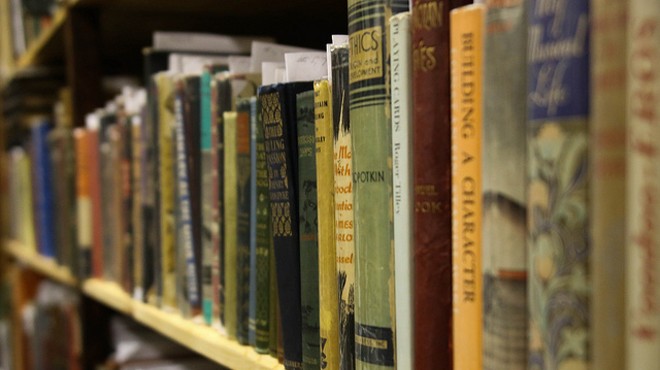 State Representative Ian Mackey, D-St. Louis, put it quite well in an RFT interview last week. He described such school officials as being too "risk averse" and "need[ing] a little bit more backbone," as well as being "overly defensive" and "caving in a way they absolutely don't need to cave."

Good for him. Not many public officials have the spine to speak so candidly. But that's precisely the tough love needed here.

Very few saw it, but Brattin's press release upon passage of his amendment provides a telling insight into his intended effect. Here's how this fence post of a state senator put it: "In schools all across the country, we've seen this disgusting and inappropriate content making its way into our classrooms. Instead of recognizing this as the threat it is, some schools are actually fighting parents to protect this filth. The last place our children should be seeing pornography is in our schools."

The first part of Brattin's stupid statement was a clumsy reference to the sort of insidious propaganda many of the Left want to use to brainwash our children. You know, inappropriate content suggesting that Native Americans weren't grateful to the valiant explorer Christopher Columbus or that our Founding Fathers might not have been perfect or that slavery was all bad.

Trouble is, none of this sort of "filth" is targeted in the new legislation to which so many are overreacting. And no one's going to jail, unless they bring Stormy Daniels' Greatest Hits to show-and-tell.

So, here's a suggestion from someone who has spent many an hour getting shushed by librarians: Don't argue in the library. Just ask the nice person at the desk for a copy of RsMo 573.550, "Providing explicit sexual material to a student, offense of."

Read it; share it with a school official. And tell them to calm down.