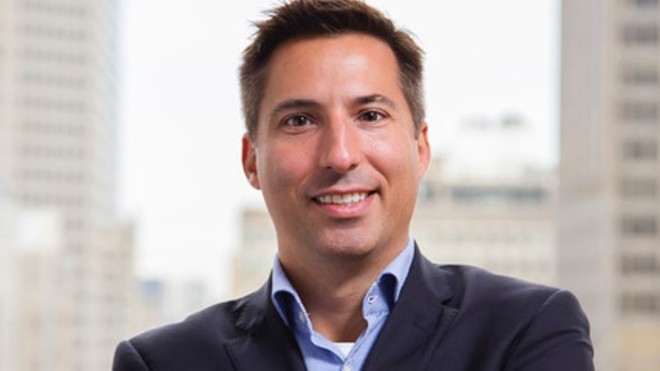 The first public filings have become available for Greater St. Louis Inc and they confirm a persistent theme of the business community. It’s one we’ve tracked in this bureau for almost four decades and it goes like this:

GSL’s form 990 filings — required annually by the IRS of not-for-profit organizations — reveal that the organization was reimbursed the tidy sum of $560,713 for managing the affairs of the Arch to Park Equity Fund LLC. Here’s how that relationship was described:

That might sound innocuous, but it is not. The size of that line item demonstrates beyond any doubt that GSL regards the management of a for-profit real estate company within its not-for-profit structure as a major priority. And as I’ve noted repeatedly in this space, that’s indefensible.


Nowhere else in the nation does a major regional business and civic group operate a for-profit real estate business under its not-for-profit roof.

Fortunately for GSL, there’s no line on form 990 to answer “why?” questions.

Why would a region’s dominant guardian of economic development actively advance the interests of one real estate company over hundreds of competitors in the region? Why doesn’t GSL offer its at-cost expertise to other investment or real estate groups?

There’s also no place on the form for “what?” questions.

What mission-related benefit flows to not-for-profit GSL for expending vast amounts of its employee resources and space — at cost — to an outside for-profit company? Conversely, what benefit inures to that private company for receiving GSL’s considerable expertise and office space, with no markup?

That brings us to why we are allowed to know any details about the cozy relationship between GSL and Arch to Park Equity Fund LLC. It turns out that the IRS form 990 has a space to disclose “Transactions With Interested Persons.”

In this case, the “interested person” is also an interesting person: Enterprise CEO Andrew Taylor, chairman of GSL and the most revered — and untouchable — civic leader in St. Louis. According to the filing, Taylor owns “more than 35 percent” of Arch to Park Equity Fund LLC, which reportedly has amassed more than $190 million in resources for capital investments.

So, this isn’t just any old company that GSL is tightening up with $560,713 worth of employee time and office space with no markup. Why, it’s a company owned by GSL’s chairman.

Placing any number on Taylor’s stake in Arch to Park Equity Fund LLC represents the closest brush with transparency in the LLC’s brief history. It’s not clear whether “more than 35 percent” is a term of art in the world of IRS filings or just an attempt to be cagey.

For those who question why GSL’s business should be public, answer this: Why is CEO Jason Hall’s total compensation of $458,669 a matter of public record but the Arch to Park Equity Fund LLC investments so beneficial to the region are not?

Left unanswered are any other details about the operations of the company that occupies so much of GSL’s attention. So, I asked GSL spokesman Tony Wyche a simple question: What percentage of Arch to Park Equity Fund LLC is owned by Andy Taylor?

The lawyers have a phrase for that sort of answer: “Not responsive.” They also have another one to fit the situation: “adverse inference.”

GSL is a not-for-profit organization that has allocated — in a single year — $560,713 of its scarce employee time and office space to manage its chairman’s company – without bringing in a cent to fund the organization. And it refuses to reveal how much of that company Chairman Andrew Taylor owns.

Here’s my adverse inference: There’s some reason Taylor and GSL don’t want the public to know. It doesn’t matter what that is. But if Taylor owns 36 percent, that says one thing. If it’s 51 percent that’s another. If it’s 90 percent that’s still another.

You’d think Taylor’s nine partners in Arch to Park Equity Fund LLC would be proud for the public to know their share in a “patient capital” fund dedicated to its wholesome purpose. That, we’re told, is making possible projects beneficial to our region that wouldn’t happen otherwise.

Ameren, in particular, has a public-facing component to it. True, it’s a private company guaranteed a stout rate of return for doubling as a public utility, but shouldn’t it be happy to share details of this socially conscious investment?

Ameren and Enterprise are the only investors listed by GSL as having given it $1 million or more. To me that’s not nearly as interesting as the St. Louis Post-Dispatch sitting in the $50,000 to $99,999 group, which tellingly has never moved it to make a disclaimer in its coverage or commentary about GSL.

In fairness to the Post, no other media has expressed much curiosity about the details of the wondrous and transformational real estate fund that so dominates the attention of GSL. I asked Wyche about that, too. It went like this:

Q: “Is Arch to Park Equity Fund LLC willing to disclose publicly its investments, contractors and other information that would be provided in form 990 were it a not-for-profit organization (like its counterparts in other regions)?”

A: “As previously reported and shared with you, Arch to Park Equity Fund LLC has ~$190M in capital commitments. We regularly share information about its patient capital investments to strengthen the urban core of St. Louis as they are ready to be announced, including the Butler Brothers Building in the Downtown West neighborhood, the Kingsway Development on Delmar, and Union at the Grove in the Forest Park Southeast neighborhood. We will continue to do so.”

That answer was worse than not responsive. A simple “no” would have sufficed. The rest was gibberish. Just three random examples describe the activities of a $190 million capital fund?

Consider one of those: the renovation of the Butler Brothers Building with a residential-commercial development in the shadow of Taylor’s new MLS soccer stadium. Sources tell me that it involved a relatively small loan, since repaid, from GSL to DSG, the large Memphis-based developer heading up the project. That seems curious on its face. But so does everything about the Arch to Park Equity Fund LLC. 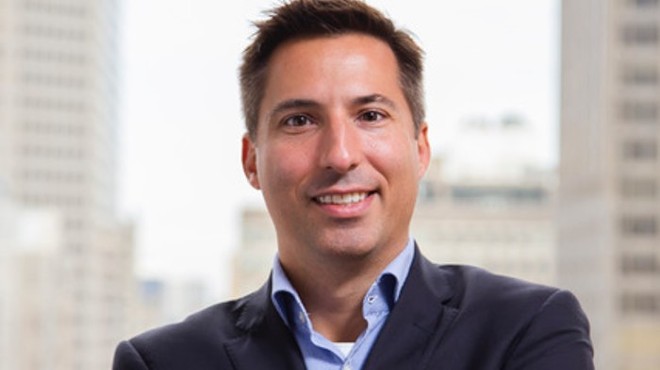 One of the simplest sections on the IRS form states, “Briefly describe the organization’s mission.” Here’s GSL’s response:

“Greater St. Louis Inc. brings together business and civic leaders to create jobs, drive inclusive economic growth and increase the St. Louis metro area’s global competitiveness. We speak with a unified voice, lead with a bold agenda, and act as one metropolitan region.” That would be terrific if true. Maybe it’s St. Louis' new reality and the local and national news outlets just haven’t caught up to reporting the details.

After all, GSL and the Arch to Park Equity Fund LLC do prefer to keep their business to themselves.

This article has been updated to include the Form 990 and add information about Greater St. Louis CEO Jason Hall's compensation.