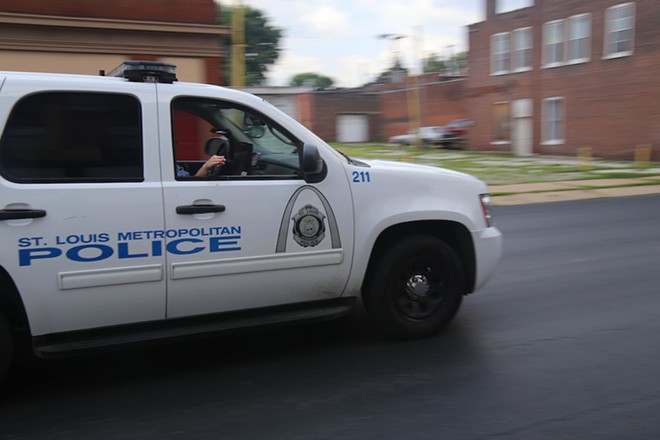 @pasa/Flickr
St. Louis city police are unhappy at the city's proposed idea to create a Division of Civilian Oversight.

For a fleeting moment in the spring of 2020, just about everyone in America came together as to the need for better police accountability.

The world had just witnessed, on chilling video, the 8-minute-46-second strangulation murder of a defenseless Black man named George Floyd by Minneapolis police officers. Even as the nation’s streets erupted in spontaneous rage, an oasis of uncommon consensus emerged: Something had to be done to hold bad cops accountable for their misconduct.

Police departments and police unions were not hesitant to place distance between themselves and officer Derek Chauvin, who killed Floyd. Much lip service was given to the need to separate the rare “bad apples” in policing from the large majority of good cops who welcomed more transparent oversight of their work.

At least that’s how the story seemed to go. Even the topic of civilian review boards seemed to provoke less of the historical resistance from police. Newfound agreement on accountability had great kumbaya potential.

That was then and this is now. In retrospect, the notion that police had become more receptive to greater civilian oversight in response to Floyd’s murder was mostly an exercise in damage control. It was not an epiphany.

Police still want to police themselves, especially if the alternative is oversight by civilians. That’s just a fact.

But imagine if one 17-year-old kid hadn’t captured Floyd’s murder on her cellphone camera. What do you suppose the result would have been for Chauvin and his three fellow officers?

The answer isn’t hypothetical. The Minneapolis Police Department put out a news release immediately after Floyd’s death — but before knowing it had all been captured on video that the world was about to watch. Here’s that release:

“May 25, 2020 (MINNEAPOLIS) On Monday evening, shortly after 8:00 pm, officers from the Minneapolis Police Department responded to the 3700 block of Chicago Avenue South on a report of a forgery in progress. Officers were advised that the suspect was sitting on top of a blue car and appeared to be under the influence.

“Two officers arrived and located the suspect, a male believed to be in his 40s, in his car. He was ordered to step from his car. After he got out, he physically resisted officers. Officers were able to get the suspect into handcuffs and noted he appeared to be suffering medical distress. Officers called for an ambulance. He was transported to Hennepin County Medical Center by ambulance where he died a short time later.

“At no time were weapons of any type used by anyone involved in this incident. The Minnesota Bureau of Criminal Apprehension has been called in to investigate this incident at the request of the Minneapolis Police Department. No officers were injured in the incident. Body worn cameras were on and activated during this incident.”

Yes, that’s the George Floyd story had there been no video. No eyewitnesses would have mattered. Chauvin and the others would still be on the police force. We would have never heard Floyd’s name.

If you want to think that sort of news release could not possibly have come out of the St. Louis Metropolitan Police Department under the same circumstances, go ahead and believe that. For the rest of us, it’s a cautionary tale: The police cannot be expected to police themselves when it comes to potential misuse of force or other forms of misconduct.

That’s why it’s so troubling that the three police unions in the city deigned to come together — in a rare moment of unity — to oppose the city’s plan to create a Division of Civilian Oversight. They are the St. Louis Police Officers’ Association, the Ethical Society of Police and the St. Louis Police Leadership Organization.

True to form, the police unions are claiming that they’re all good with outside oversight (they’re not) and that the problem is they weren’t allowed input (they were) and that the new structure is intended to empower anti-police zealots (it isn’t). They also claim it’s illegal, which will be decided in court.

There’s a lot to like about the city’s initiative. Addressing distrust of police in the community was a top priority advanced by Mayor Tishaura Jones in her 2021 election campaign.

Dedicating an entire division of the city government to the oversight function represents serious commitment and not merely a talking point. One of its strong features is that it will provide that oversight not just on police matters but to the city jail as well.

The division is supposed to develop a team of 10 trained investigators — backed by subpoena power — to supplant the role of the powerless Civilian Oversight Board. That group of seven volunteers was supposed to review police department investigations into officers accused of excessive force, abuse of authority and discrimination.

But guess what happened? The COB ran into obstacles, as revealed in this description from St. Louis Public Radio:

“Up until last year the police department had withheld nearly all of the complaints it received against officers, leaving the board unable to fulfill its basic function, according to a joint investigation with the Independent and Reveal from The Center for Investigative Reporting.”

So much for the enthusiasm of police to be subjected to outside oversight. No matter how much homage is paid to their mission of “public service,” they cannot abide the people they are “serving” to be messing with their business as it regards discipline.

In the current system that’s left to an Internal Affairs Division. It’s a structure that is poorly suited to the challenges related to use of force in today’s nearly impossible environment of mutual distrust between police and the community.

By definition, an Internal Affairs unit will foster more distrust — regardless of good intentions — because of its fundamental design flaws. Internal Affairs lacks the independence of an outside citizens’ approach because it is part of the police structure with all the unavoidable bias that entails.

A common complaint nationally is that citizens feel unwelcome when calling Internal Affairs or other points of contact within a department to report concerns about officers. After all, one is calling police to complain about police.

Then there’s the distrust of Internal Affairs operations fostered among rank-and-file police, especially among Black officers regarding racial justice, as one officer emphasized to me recently. There’s an inherent lack of transparency.

So, it was unnerving — albeit not surprising — that the police unions’ petition against the new Division of Civilian Oversight reads in part that “it could result in less cooperation from police officers who lack faith and trust in the COB Ordinance and process.”

How about that? Police officers are threatening “less cooperation” if the city imposes oversight into allegations of their misconduct. I didn’t realize that’s one of their prerogatives.

Even if it turns out to be, it’s really bad messaging to trash this new effort to improve police accountability even before it launches. How about, instead, working within the new system to make it better and fairer to everyone, police included?

If police don’t have a better idea (and they don’t), perhaps they should heed the advice they are required to read to citizens every day:

“You have the right to remain silent.”