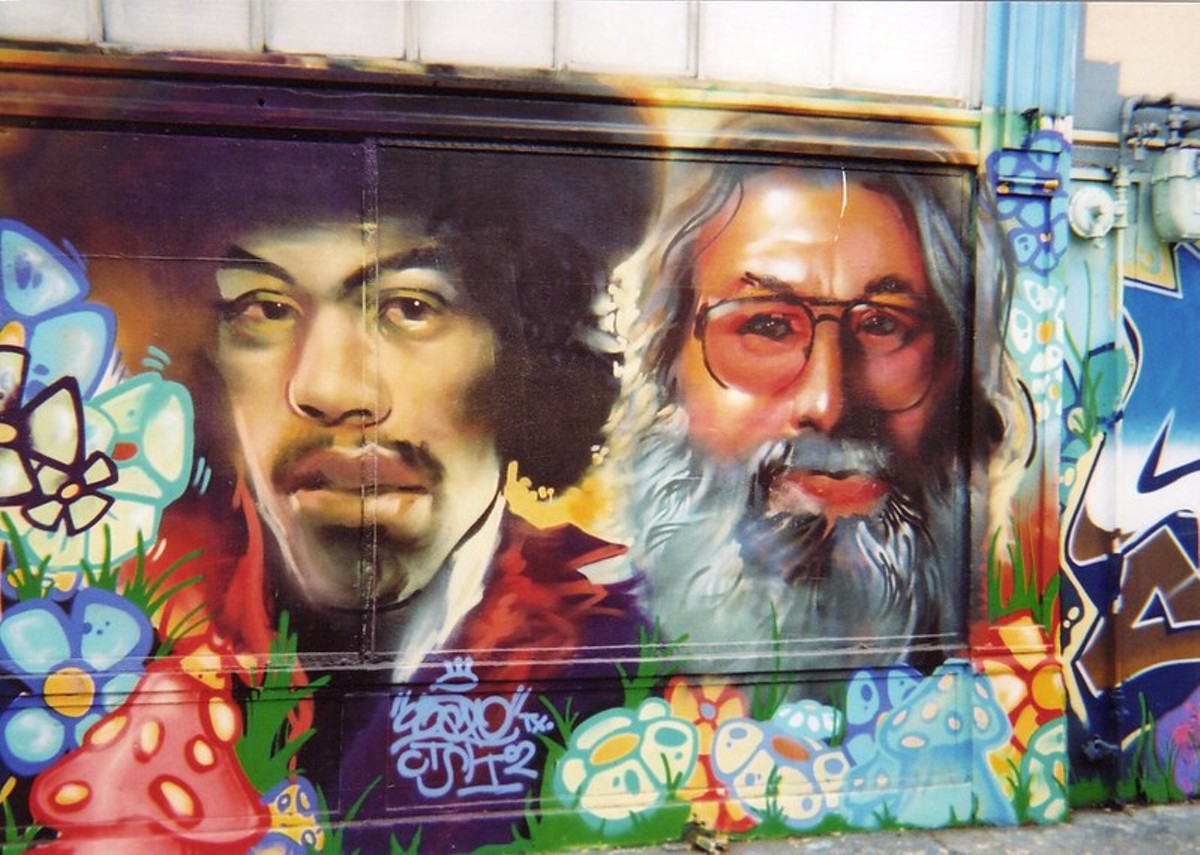 The long road toward public approval for marijuana has been pretty weird. erokism/FLICKR

In the immortal words of the Grateful Dead, "What a long, strange trip it's been."

The half-century-plus battle to legalize marijuana has indeed lasted a long time, but maybe not so much longer: Signs abound that the tragic era of Reefer Madness will end in the foreseeable future. On the other hand, that strangeness will continue to last for a while.

And the train is picking up speed. In the span of just one week last month, state legislatures in Virginia, New Mexico and New York felt emboldened to legalize marijuana for recreational purposes. That's a huge development. To this point, most legislators have preferred to defer to citizen initiatives like the one that legalized medical marijuana in Missouri in 2018 or recreational in Illinois in 2020.

What's more, it's widely expected that Democrats led by Senate Majority Leader Chuck Schumer will push through federal legislation that either decriminalizes or legalizes marijuana on a national basis. That would be huge. Even in metropolitan areas like St. Louis where progressive prosecutors Wesley Bell and Kim Gardner have smartly abandoned absurd pursuit of minor drug offenses, conflicts between federal and state laws still inflict dire consequences.

On the other hand, don't think for a minute that same trip won't continue to feature much strangeness for the time being.

If anything, the short-term forecast calls for plenty of storms as communities such as St. Louis wrestle with the paradox at hand: Weed isn't widely demonized like it once was and the coming legalization is a foregone conclusion; yet disastrous remnants of the War on Drugs That Don't Enjoy Corporate Sponsorship linger on.

As an example, even if someone has medical marijuana prescribed for a severe health reason, that person might still be required to test drug-free as a condition of probation or parole or to keep their job. Such conditions, not all that rare, can force a person to choose between health and freedom or economic survival.

The evolving world of medical marijuana is replete with such contradictions. Prosecutors in surrounding counties in the St. Louis region aren't following the playbook of Bell and Gardner. Neither are employers in countless cases. Even in the city and county, the new prosecutorial policies hardly mean that police aren't rocking people's worlds with drug-possession arrests.

Perhaps it's fitting that the most vocal voice emerging in the region to combat this absurdity belongs to one of the most conservative public officials locally: Republican state Representative Shamed Dogan of Ballwin. Dogan has provided a more consistent and passionate voice for marijuana legalization — in the name of combating racial disparity — than any other legislator on either side of the aisle, and he doesn't mince words. Consider what he wrote for Greenway Magazine in 2019 on the subject:

"All of this data screams for a need for Missouri to overhaul our War on Drugs. Law enforcement resources should be redirected towards arresting and prosecuting violent drug traffickers, not drug users or low-level dealers. We should be worried about the most dangerous and addictive drugs such as fentanyl, heroin, cocaine, and meth, and not about marijuana. And we should make sure that the laws are enforced in a racially neutral manner."

By no means is Dogan the first conservative to find common ground with the political left on the topic. Consider what the late conservative icon William Buckley Jr. said — back when actual conservatism was a thing — on the subject:

"Even if one takes every reefer madness allegation of the prohibitionists at face value, marijuana prohibition has done far more harm to far more people than marijuana ever could."

That was true decades ago and remains true now. But despite Buckley's wisdom and clarity on the subject, the shift in American public opinion regarding marijuana has only taken place in the past two decades.

Perhaps that's why the current climate is a bit mind-altering to those of us a bit long in the tooth. As someone who fully understands why he's addressed often with the greeting "OK Boomer" — and who believes that pot legalization is one of the few causes his generation didn't mess up — I can't emphasize how profound it is to witness the present outbreak of rationality.

Pew Research and the Gallup Poll have independently tracked public opinion on pot for the past half-century, with remarkably similar findings. Go back to 1969 — yes, those crazy '60s — and only 12 percent of Americans favored marijuana legalization, while a staggering 84 percent were opposed. My side was outvoted a bit.

Things didn't change much for the longest time. For my own personal benchmarks, consider that when I started the RFT in 1977, marijuana legalization was favored by 28 percent of Americans. Do you know what it was when the paper sold 21 years later in 1998? Yep, 28 percent. The pro-legalization percentage had dipped as low as 16 percent in 1989.

Flash forward to today, however, and the proportion of Americans favoring legalization has skyrocketed to 67 percent and rising, with only 32 percent opposed. And Pew's research finds no significant difference in those numbers based upon race or education level, nor between Baby Boomers and Generation X. Millennials (76 percent) were most in favor of legalization, and the Silent Generation preceding Boomers (only 35 percent in favor) did show what formerly was known as a generation gap.

Yes, the gulf between political parties remains: Democrats favor legalization of marijuana by a 78 to 20 percent margin, whereas Republicans favor it by just 55 to 44 percent. But on what other major issue do the parties find agreement at all?

So it's fitting that as April 20 approaches, we hearken back to the Grateful Dead and reflect on the journey. (For those not steeped in their pot history, here's some background on the 4/20 thing and how the Dead played a vital part in the origin of the movement: merryjane.com/culture/whats-the-connection-between-420-and-the-grateful-dead.)

More importantly, the world in 2021 with regard to marijuana is looking ever more like the outliers dreamed as far back as the early '60s, nearly six decades ago. Yes, it has been a long trip.

And in a good way, it feels strange today.