Hartmann: The Stupor Bowl Will Test Fealty to Trump in Missouri 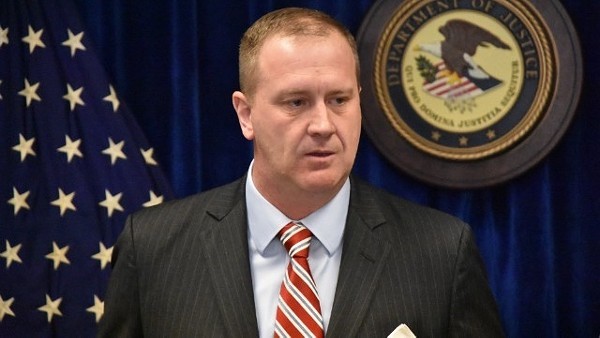 Grab some popcorn, folks. The Stupor Bowl is fewer than six months away.

That's when a field of six raging, rancorous, rabid Republicans square off to see who will be chosen to serve Donald Trump in the U.S. Senate (via the 2022 election, as the party's nominee, only technically on behalf of Missouri voters).

The dictionary defines "stupor" as "a state of near-unconsciouness or insensibility." That's the contest here. Whoever best demonstrates their reflexive obeisance to Donald Trump wins.

Candidates with position papers need not apply. All talking points must be MAGA-approved and fit on a 5-by-7-foot sign. Bellowing is encouraged. Crayons are permitted.

The six Trumplicans heading down the homestretch are as follows:

-and state Senate President Pro Tem Dave ("I got lots of my own money here") Schatz.

Let's begin by handicapping the race. That's as simple as can be: There is no handicapping of this race to be done at this point. It's arguably the most unpredictable statewide race six months out in Missouri pollical history. Polling at this point has negative value. Anyone who pretends to know the outcome is pretending.

Most significant is the all-consuming Trump factor. Pandering to his mob isn't the important thing — it's the only thing that occupies the combatants so far. Assuming, as Long has predicted, that Trump might make an endorsement in March, that will blast the race like a Jewish space laser.

Trump has amassed a well-deserved reputation in other states for endorsing losers and not just because he is one. But in a Republican primary in such an orange state as Missouri — and especially in a six-way race — Trump's blessing might prove decisive.

In the meantime, the candidates are left to jockey for position as the Trumpiest of them all. Issues touching upon nuance or substance are verboten, so no one's getting wonky here. That's a good thing for ratings. There's none of the tiresome droning of a normal political race.

Remember, this is the first political party ever — well maybe except for the Know Nothings — that actually prided itself in having no platform at its last national convention. (That especially suited McCloskey and wife Annie Oakley, who received their fifteen minutes of fame at that convention merely by captivating the audience as the least likely NRA couple ever.)

Against that backdrop, it was delightful to see the first full-blown nasty attack ad emanate through the flames of Greitens' underground dark-money bunker. He charged his mortal rival Schmitt with the vilest of crimes in MAGA world: having acted normally in the Swamp.

Behold the headline at the Missouri Independent: "Pro-Greitens PAC hits Schmitt on China in ad airing during Olympics opening ceremony."

Yep. Schmitt was busted by Greitens' "Team PAC" for having used his previous position as a state senator to champion an economic development initiative known as the China Hub around St. Louis Lambert International Airport.

Here's how the twisted ad from Greitens' twisted PAC summed things up:

Entitled "Mao Money," the 30-second ad highlights Schmitt's efforts in 2011 to enact a $480 million tax-credit program to turn St. Louis into a hub for freight flown between China and the Midwest. It also points to his vote in favor of a 2013 bill that made it possible for a Chinese food-processing conglomerate to purchase Smithfield Foods and its 40,000 acres of Missouri farmland.

"How did China get so powerful?" the narrator of the ad says. "Friends like Eric Schmitt."

Truth be told, that's probably not how China got so powerful, but who needs facts at a time like this? Certainly not Schmitt's PAC, which wasted no time returning the fire on about the same intellectual level.

"Schmitt fired back by slamming Greitens for a trip to China as governor where he sat for a fifteen-minute interview with a television station controlled by the propaganda department of the Chinese Communist Party," the Independent reported. And there was this:

"Schmitt's campaign spokeswoman, Charli Huddleston, called the attack ad 'desperate' and proof that Schmitt is the frontrunner in the Senate primary. She again pointed to Greitens' 2017 trade mission to China, [where] she says he 'cozied up to the Bank of China as governor of Missouri to give away American jobs, appeared on Chinese State TV and failed to defend President Trump.'"

Isn't this stuff great? Give Schmitt credit for that last shot: Greitens "failed to defend President Trump." Not quite clear where that one came from, but this is no time for rationality. Not defending Trump is a capital offense, isn't it?

Schmitt's transgressions as a rational state senator did occur before his lobotomy. The China Hub was a decent idea, and though it never came to fruition, the notion of exploiting Lambert's untapped potential for economic development is quite worthwhile. So is trading with China.

But this is not the stuff of the 2022 Republican Senate primary in Missouri. Indeed, the challenge for the candidates in the race not named Eric is somehow to stand out as "the scariest of them all." It ain't easy.

Long recently made a valiant try by getting himself kicked off YouTube for spreading especially noxious "Big Lie" poison. But other than some short-run fundraising gratification, that sort of accomplishment just fades into the background.

Hartzler has an unenviable task as well. She's just a good-old-fashioned, intolerant and holier-than-thou social conservative, to an extreme. But her genuine anti-abortion credentials don't matter to the Trump mob any more than Greitens' phony ones. Dear Leader was, after all, a public advocate for late-term abortions before he wasn't.

And how are Hartzler or any of the others going to make an issue out of Greitens' legendary sleaziness? Sure, his ex-mistress made credible claims that he tied her up in the basement, stripped her, photographed her without her permission and threatened her if she talked. But in MAGA world, is that even bad?

There are also the allegations that Greitens misused his charity for his political campaign. You think that's a liability for him? No way. It's an opportunity to claim victimhood as a target of fake news.

Such is the snake pit of the Republican Party, circa 2022. Pure irrationality.

When Schatz recently announced he was jumping in belatedly with more than $1 million of his own money for no particular reason anyone could discern, it might have seemed pointless. But before anyone dismisses this guy's presence as thoroughly senseless, consider this much:

Making no sense is kind of the point.