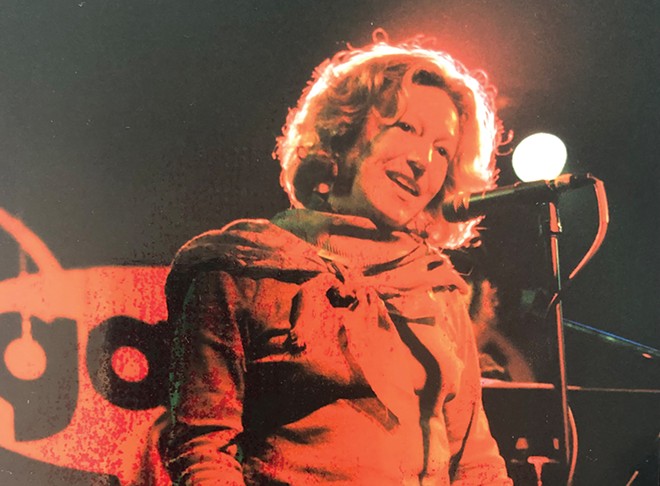 In the late 1960s, a group of young poets formed a new literary community in St. Louis.

Poet Dan Spell had just returned to St. Louis in 1969 after spending four years in the Navy.

In search of fellow poets, Spell made fliers and put them on trees around his apartment and tacked them onto Washington University bulletin boards. "Poetry reading at 6010 Pershing — second floor," they read.

What followed would send a community of writers down a path that would transform St. Louis' literary scene.

Fueled by "the countercultural spirit in the air" and "by fast food and circulating six-packs, by jugs and joints," they'd go round and round, reading poems into late night or early morning, according to a 1987 essay by the late Michael Castro. Castro became St. Louis' first poet laureate in 2015.

The poets didn't assemble in Spell's apartment to dissect the poetry line by line, nor did they wish to critique it. They were there to "sound the poetry," Castro wrote, to "breathe it, to become energized by it."

The informal gatherings at Spell's apartment evolved into a radio show called River Styx Poets on KDNA-FM. The founders named the show after an infernal river in Greek mythology that serves as a barrier between the realm of the living and the underworld. According to Castro's account, they wanted the name to suggest the poets' underground status in "the poetic pecking order" and their close location to the Mississippi River. In 1975, they started River Styx magazine, now one of the oldest literary magazines in Missouri.

Jan Garden Castro, an art historian and poet now based in New York City, tells the RFT that the founders sought to create something lively, multicultural and interdisciplinary. Garden Castro served as the main editor of the magazine from 1976 to 1986. She and Castro were married from 1972 to 1979.

She says they sought to create something with an essence. What essence were they looking for?

"There are as many answers to that as there are great poems," Garden Castro says.

However, after more than 100 issues and 47 years, the River Styx seems to have lost its flow.