Have a Home Alarm in St. Louis? You'll Also Need a Permit if You Want It to Work 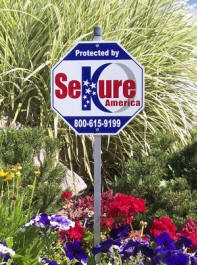 Another reason we believe the yard signs are better than the actual alarm.
It took St. Louis police a half-hour to respond to a home alarm Sunday in south city. By the time police arrived to the scene, the burglar had made off with a gun safe, flat-screen TV and other items.

Police could have arrived much sooner, but the homeowner didn't have a permit for her burglar alarm. So when the alarm company called the police to inform them of the suspected break-in, the police waited until the homeowner called to confirm the burglary. And even that didn't send the police on their way.

KMOV Channel 4 has more details on a little-known law in St. Louis requiring homeowners to register their alarms with the cops.