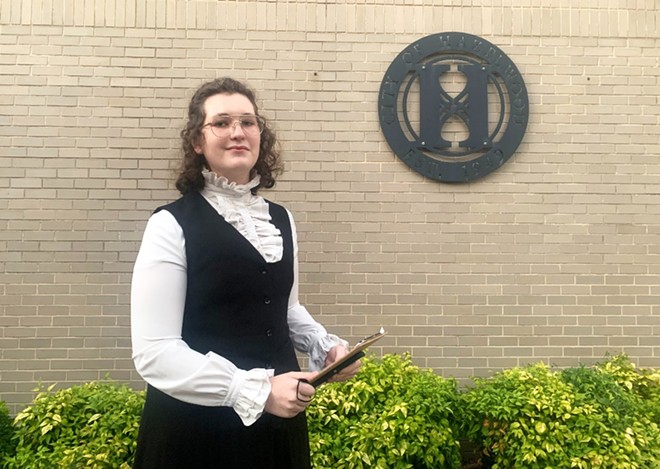 Vienna Austin noticed something off when she sat down to read Hazelwood’s city code about a year ago.

Austin, a 16-year-old trans woman and a long-time Hazelwood resident, had grown interested in politics after the killing of George Floyd in 2020 and recently turned her attention to local politics and Hazelwood’s city code.

Upon glancing through the city’s chapter on human rights, Austin saw Hazelwood’s fair housing code prohibited discrimination for a variety of reasons, including race, color, religion and sex, but it provided no legal protections for sexual orientation or gender identity. So she decided to do something about it.

Austin worked with Hazelwood Mayor Matthew Robinson and Councilman Robert Smith to draft a bill that would add sexual orientation and gender identity to the city’s definition of discrimination to ensure legal protection for queer people.

The rest of Hazelwood City Council didn’t think it was such a good idea.

On Wednesday, the nine-member council overwhelmingly voted against Austin’s proposal. The only “yes” vote came from Mayor Robinson.

Austin’s other supporter, Councilman Smith, did not attend Wednesday’s meeting but spoke in favor of the bill when it was first introduced.

“We are taking the right steps to make sure everybody in our community feels they are welcome in Hazelwood,” Smith said at a council meeting earlier this month. Neither Smith nor Robinson could be reached for comment.

Hazelwood City Council’s rejection did not come as a surprise to Austin and neither did the fact that Hazelwood’s city code neglected to provide explicit protections for queer people.

“Queer issues and queer people are always systematically underrepresented in government, including in our government statutes,” Austin says. 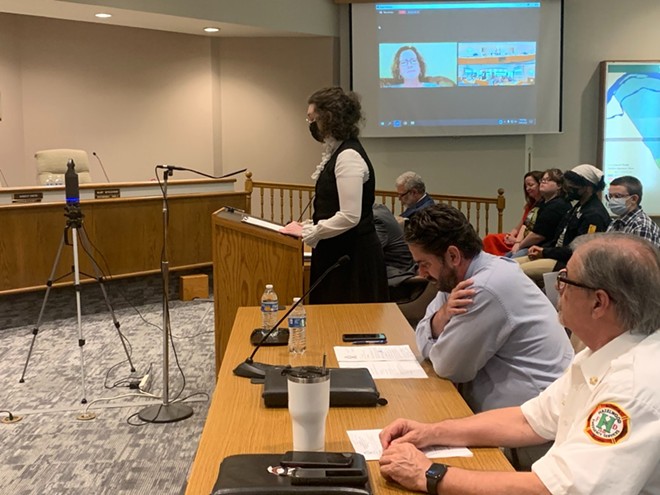 Council members who voted against Austin’s bill were largely quiet about their disapproval.

Councilwoman Mary Singleton, the lone council member to give a rationale for her vote, spoke against the bill on Wednesday. At a meeting earlier this month, Singleton said the word “sex” in the city’s discrimination code covers sexual orientation and gender identity. She argued specifying further would give favor to certain groups over others.

“There are other categories — religion, race — do they not cover all religions? All races?” Singleton said. “I don’t see how [the bill] improves the understanding of our code or inclusiveness.”

On Wednesday, Singleton said she felt the bill was unnecessary before voting against it.

“I think we show our citizens we care about all of them and we treat them equally,” Singleton said. “I’m not comfortable singling out a particular group for special treatment.”

In most instances, the word “sex” has been interpreted in law to extend to gender identity and sexual orientation.

According to the U.S. Department of Housing and Urban Development, the federal Fair Housing Act’s protections from sex discrimination include sexual orientation and gender identity.

Austin doesn’t want to rely on previous court precedents, however. Recent events, such as the overturn of Roe v. Wade, show that lawmakers can change even the most steadfast state or federal laws in only a few moves, she says.

“When they’re not codified, that sort of leaves the queer community in a legal limbo,” Austin says.

Austin has spoken in front of Hazelwood City Council multiple times to ask for more protections for the city’s queer community. Each time, she steps up to the podium in front of the council’s desk and reads from prepared statements she’s written on court precedents and anti-discrimination laws. She says she recently graduated from high school and plans to study human services and sociology in college.

“A fundamental job of the government is to secure the rights of the populace, and frankly, I think they’re fundamentally failing their job as people who govern with how overwhelmingly they not only rejected but suppressed an attempt to further the rights of members of their community,” Austin tells the RFT.

Austin is only asking Hazelwood City Council to do what some cities have already done.

Ferguson’s code of ordinances explicitly prohibits discrimination based on a person’s gender identity and sexual orientation.

St. Louis city’s code of ordinances protects LGBTQ individuals from bias crimes and enforces that anyone found in violation pay between $250 to $500 in fines or spend up to 90 days in prison.

Missouri’s state law, however, provides no explicit prohibitions against discrimination based on sexual orientation or gender identity.

Austin says she may try to introduce legislation to Hazelwood again but with new tactics.

“Merely reintroducing it with our current council members won’t go anywhere,” Austin says. “Protests may help push to get those who voted against unseated. Obviously, we have to escalate; merely just going through these channels obviously isn’t working.”