'He Poured Gasoline on Us': Terrifying Home Robbery Leads to Charges Against St. Louis Sex Offender

SCREENSHOT VIA FOX 2
Lamar Conner holds up a bottle of gasoline he says was used in a terrifying home invasion.

The scene Deon Banks described seemed ripped out of a nightmare. In the early morning hours of September 4, an armed intruder had broken into Banks' home on Varrelmann Avenue in Bevo Mill. The gunman ordered the occupants to lie down on top of each other, doused their bodies with gasoline, shot two of them, and managed to escape.

In charges filed Thursday, the St. Louis Circuit Attorney's Office says that gunman is a registered sex offender previously convicted for his part in the sexual humiliation and beating of two teens in 2011. Nicholas Nettles, of Wellston, is now facing facing a bevy of new charges, including kidnapping, robbery and burglary.

But for Banks and those inside the home that morning, it was more than just a strong-armed robbery. In an interview with Fox 2 the next day, Banks described the gunman arranging victims for what appeared to be a mass killing. It began, he said, when the intruder "pointed the gun at us and made all of us get on the floor, on top of each other."

And then, Banks added, "he poured gasoline on us." 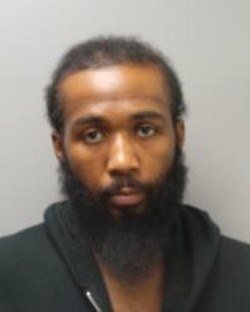 MISSOURI HIGHWAY PATROL
Nicholas Nettles, as shown in a 9/3/2019 photo uploaded to his profile in Missouri's sex offender registry.
Banks and three other men were in a pile. According to the charging document, cited by a report this morning in the St. Louis Post-Dispatch, Nettles allegedly began searching the home for valuables. The gasoline began "burning" into the skin of the victims, causing one man to move off the pile in order to wipe the toxic liquid out of his eyes.

Alerted by the movement, Nettles allegedly shot the man twice in the stomach.

But it may have saved that man's life. In Banks' remarks to Fox 2 earlier this month, he described being sandwiched on the pile between two relatives. Above him, on top of the pile, was his cousin.

"It's sad to say, thank god my cousin moved," Banks said. "If he didn't we
would be dead."

That's because Banks' cousin getting shot provided the distraction/opportunity for Banks to attack the attacker. In the ensuing fight, Banks claimed that he managed to wrest the gun away from the intruder; Banks said he chased him out of the home and even fired at him to "try to kill him." Fox 2 reporter Kelley Hoskins noted that while Banks believed he'd managed to shoot the man who'd terrorized the home — Fox 2's cameras zoomed in dramatically on splotches of blood on the sidewalk — the bullets had also impacted a nearby car and home.

Another victim, Lamar Conner, displayed an item to Fox 2 cameras, something he said the gunman had left behind: A plastic bottle of gas.


According to a police incident report published earlier this month, two victims were treated for gunshot wounds. Police say a surveillance camera captured footage of Nettles outside the home with a gun.

Nettles, 27, is charged with eighteen separate crimes for the incident, but it's not the first time he's been accused of staging a brutal crime against multiple victims. In 2014, Nettles was sentenced to twelve years in prison for charges including kidnapping, felonious restraint and sexual exploitation of a minor.

As the Post-Dispatch reported at the time, Nettles, then nineteen, had been part of a group of four men who'd targeted two teens, aged sixteen and seventeen. The victims were tied to a chair with duct tape, beaten and thrown down stairs, and also forced to shower naked together, kiss and stand outside in girls’ underwear.

Nettles was also ordered to register as a sex offender. He was released in 2017, the Post-Dispatch reports. Current online court files show that Nettles is in custody. On the order of St. Louis circuit judge David Roither, Nettles is being held without bond.