He Went Looking for His Mother …. And Found a Family

Every year on Veterans Day, Karen Harty would think about her oldest son.

It was not because he was in the military, although he could have been. She had no way to know. Harty had been just sixteen years old in 1974 when the baby was born at the old St. Louis County Hospital. She was only allowed to hold him for a moment or two before he was hustled away, leaving her alone to wonder what was next for the little boy.

She had made the decision to put him up for adoption, but then what? Would his new parents be good to him? Would he have a nice life? The instant he disappeared from her sight, he became a mystery.

At the time, Missouri laws governing adoptions presumed this was best. Better to make a clean break and let everyone move on with their lives. The state recorded the spare details on the birth certificate — date, time, Harty's name and address in Florissant — and then sealed the document with the intention that no one would ever see it again.

But Harty always wondered what happened to the boy. Before her son was born, she and the child's father spent long hours talking about whether they could raise him. Her boyfriend wanted to try. He hoped to talk Harty into getting married, and he joined the Army at seventeen to support them.

But Harty's parents could offer little help because they were taking care of her sister who had Down syndrome. They rejected the idea of a teen wedding in favor of adoption. She ultimately decided they were right, but it broke her heart. 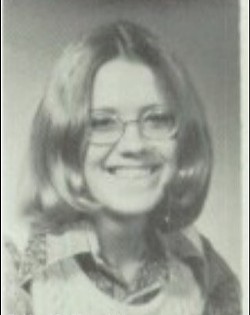 And so on Veterans Day of 1974, Harty's mother drove her to the hospital, where the teen gave birth to a healthy little boy and handed him away. She has thought about him ever since, ticking off the birthdays as he turned 18, then 30, then 40. Was he happy? Did he have a nice life?

Harty and the boy's father never saw each other again. She got married and divorced and married again. She had three more kids, and raised them. She is a grandmother now. It has been a good life, but she could not forget her firstborn. Each Veterans Day, her husband of 30 years, Dan, would see the sadness in her face and ask, "Are you thinking about him?" Invariably, she was.

All she had of the boy were those few moments after he was born. Forty-four years later, she still remembers them vividly. She recalls kissing the top of his little forehead. Just before he was taken away, she whispered in his ear: "I hope you find me one day."

COURTESY JASON RECKAMP
Jason had a happy childhood after being adopted as a baby.

Ray Reckamp remembers the first time he saw his son.

He was at Catholic Charities' old headquarters in the Central West End. "We walked in, looked at him and my impression was he was an old man in a little bitty body," Reckamp, now 79, says. "He had a high forehead and a serious expression."

He and his wife, Judy, had decided on adoption after years of trying to have a child. They spent four years on Catholic Charities' waiting list, going to classes, preparing to become parents. When the day arrived, they named their baby Jason.

The fact that he was adopted was never secret. Judy got a sign that read, "You grew into my heart, not under it," and put it up in his room.

"That's how she looked at it, and I did, too," Reckamp recalls.

The family lived in University City. Reckamp was an engineer and Judy was a nurse. Both were smart and outgoing. In the funny way of the world, the couple was able to conceive two boys in the following years, giving Jason a pair of younger brothers. His personality varied from his siblings, but the differences among them were subtle.

"For the most part, I think Jason had a pretty normal childhood — aside from being left-handed," Reckamp jokes.

A rolling conversationalist, the father is quick to laugh and easily chats on any number of subjects. He soon noticed his first impression of his eldest as a serious little man was pretty accurate. While his younger brothers would jump right into a project, Jason was deliberate. Before he did something, he looked to others and then modeled his behavior accordingly.

"He's never been a spontaneous kid," Reckamp says. "I'd be upstairs, and I'd look out in the backyard, and he'd be mimicking Ozzie Smith's moves at second base, trying to do it exactly like he did."

Sports was another area where Jason differed from the others. His brothers, Bryan and John, had little interest. But Jason shot baskets in the freezing cold, dragged the two younger kids outside to act as hockey goalies and even made them stand in as pylons as he pretended to race down football fields. To this day, he lives in the misery of Blues' fandom. He also gravitated toward writing while his brothers were good at math.

"I remember a lot of the conversations I was on the outside, looking in," Jason, now 44, says.

Still, the differences were not glaring. It is only in retrospect that he begins to see the seemingly inherited traits that ran through the others. "I never felt all that different," he says, adding, "I had a great childhood. It seems almost nitpicky to talk about it now."

Then, less than a month before Jason turned fifteen, tragedy struck.

That year, 1989, Judy and Ray Reckamp went on a float trip with friends. The husband and wife floated ahead of the other couple and decided to hike along a cliff where they watched the sunset and renewed their wedding vows. As they headed back toward their boat, Judy slipped and fell off the edge. She was airlifted to the hospital, but the injuries were fatal.

"My mom was probably my best friend," Jason says.

Still in his freshman year at Christian Brothers College High School, he had often turned to Judy for help as he tried to sort through the confusion of being a teenage boy. He remembers that awful Sunday night when he watched through the window of their house as his father returned home alone. Judy's death upended Jason's world. He'd been quiet before but withdrew further.

He started thinking seriously about finding his birth mother. "I was trying, at least in my mind, trying to fill a hole," he says.

He looks back and realizes nothing would have mitigated the pain of Judy's death. But the loss of one mother awakened a powerful urge to find another. "In a broken young teenager, that feeling started to come to the forefront," he says. "It was just more of a pact with myself — 'I'm going to find her,'" he says.

Jason talked to his dad about the idea, and Reckamp had no problem with him trying. Still, it wasn't clear where to start. This was before the internet became a go-to source for life's mysteries, and so it wasn't until years later, when Jason was about to become a father himself, that he first made a serious effort.

He started with Catholic Charities. Parents who had given their children up for adoption could provide updates, including health information, if they chose. For a fee, Catholic Charities would check the files to see if there was anything available. It was a crap shoot. There might be something; there might be nothing. Jason wrote them a check — he remembers it being about $500 — only to be told they had nothing for him.

"All that did was piss me off," he says.

A Catholic Charities worker suggested he might have better luck with a private investigator, so Jason tried that, too. That cost him another $2,500 to $3,000 — and turned up nothing.

"I was just throwing money into the wind," he says.

Burned twice, his efforts were more low-key after that. He kept an eye on websites where other adoptees traded tips. At the end of 2016, he learned about a newly passed Missouri law. The legislation would for the first time allow adoptees to request birth records from the state without a court order. All they had to do was fill out a form and send in $15.

"I was like, fifteen bucks? Holy shit," Jason remembers.

He assumed there were would be a rush of applications when the law first took effect in January 2018, so he waited a month, filled out the form and sent in his check. Eight months later, a letter arrived.