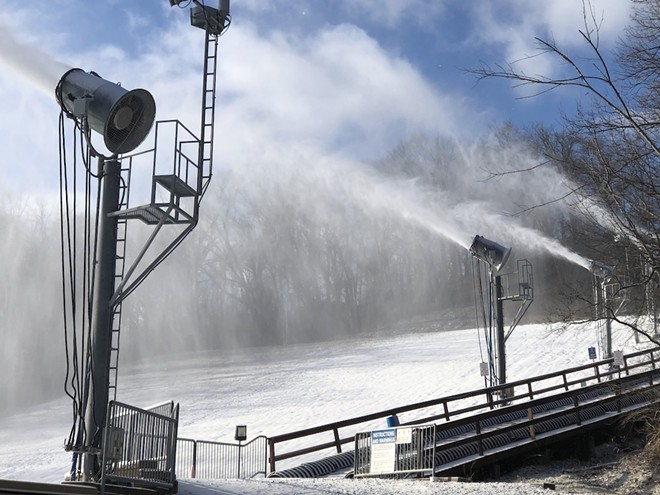 The start of the season may have been delayed for Eureka's Hidden Valley Ski Resort,  but skiers may soon be in for good news: Hidden Valley was able to begin making snow Friday night, and efforts continued all day Saturday. Weather permitting, General Manager Anthony Santora anticipates opening at least some slopes in the next week.

That said, they're not there yet. "We do need to make more before we get open," Santora says. And last night, Monday, just wasn't cold enough.

"It may all come down to if we can make snow on Tuesday night, and how much," he says. "If it's a decent amount, we'll do everything we can to anticipate trying to open later this week."

Christmas being on Sunday won't stop the skiing if conditions are right, Santora promises. "If we get really good snowmaking on Friday and Saturday, we absolutely will shoot for that." People should follow Hidden Valley's Instagram or Facebook page for the latest. 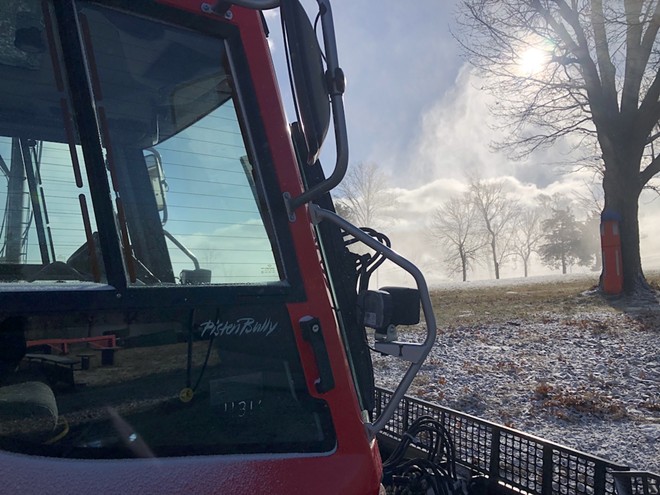 COURTESY OF HIDDEN VALLEY SKI RESORT
As this photo from Dec. 17 makes clear, Hidden Valley is making progress, but needs another a fruitful night or two to truly be ready to open.

The need for cold conditions might make Santora and his staff the only people in Missouri cheering a weather forecast that suggests wind chills could drop to -35 degrees Thursday night. "People say, 'It's so cold, I hate this,'" Santora acknowledges. "And I'm like, 'It's amazing, look at that snow-making weather.'"

Missouri's small ski industry is absolutely at the mercy of the weather, and that doesn't make it easy to plan. While this year's season opening had to be pushed back after warmer temperatures made snowmaking impossible prior to Friday, Santora says Hidden Valley is actually likely to see an earlier opening than in recent years.

"For the last two seasons, we haven't opened till January," he says.