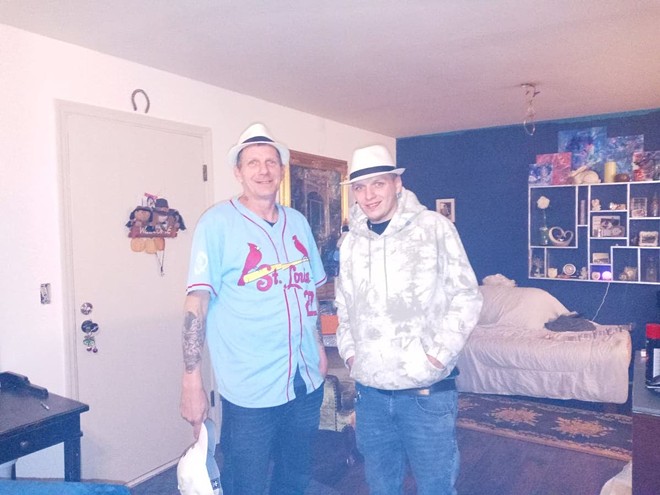 Despite his life sentence for Atchison’s murder, Muehlberg refused to concede his guilt, penning lengthy longshot legal motions appealing his conviction on the grounds that his trial had been unfair, the jury biased and his defense inadequate.

By 1999, his options for appeal had been exhausted. Muehlberg would be spending the rest of his life in prison.

According to a source familiar with Potosi Correctional Center, Muehlberg has been a “model inmate” who keeps to himself and doesn’t give corrections staff problems.

Muehlberg had been in prison for 29 years when, this summer, Jodi Weber, the detective with the O’Fallon Police Department, showed up to ask him about the murders of Mihan, Pruitt and Little 32 years prior.

O’Fallon, Missouri, is where Sandy Little’s body was dumped in February 1991. Weber is a 22-year veteran of the force and a member of St. Louis County’s Major Case Squad. She arrested infamous killer Pam Hupp. Since 2008 she’s taken a keen interest in the Package Killer cold case.

Detectives describe boxes upon boxes of reports, evidence and other material associated with the case, all of it stored in the Maryland Heights police station. Weber went through it all again, but Muehlberg’s name was nowhere in the countless pages of interviews and witness statements.

Weber says the case became her passion. For 14 years, she worked on it by herself, poring over old reports and re-interviewing key people. But most of all, she was waiting for technology to advance to the point where the remaining pieces of physical evidence from 1990 could be tested for DNA.

Her meticulous investigation crawled along for more than a decade. Then, this summer, a major breakthrough came.

It wasn’t long until Weber had a name to match the DNA: Gary Muehlberg.

Maryland Heights Police Chief Bill Carson acknowledges that Muehlberg was not on the radar before that: “It wasn’t until the DNA match came back. Then we started looking at this guy, and all the pieces started falling into place.”

Weber says that because Muehlberg is a prison inmate, his DNA was in the FBI’s Combined DNA Index System, waiting for her to connect it to the murders of Mihan, Pruitt and Little.

In July, Sandy Little’s son, Chris Day Jr., was asked to come to the O’Fallon police station where Weber swabbed his nose for a DNA sample.

“Chris, I’ve been working on your mom’s case since 2008,” Weber told him. “And the reason we have you here today is because I’m getting pretty close.”

Day Jr. battles fentanyl addiction. Like his mother had done, his girlfriend works the street. It’s a tragic repetition of history that gives his father, Chris Day, abundant heartache and worry. Weber needed Day Jr.’s help because the DNA that detectives had from his mother had been compromised. They needed a sample from Day Jr. to prove that Little’s DNA was on the same material as Muehlberg’s. By the summer, police sources said they had four pieces of physical evidence from the three victims that connected back to Muehlberg. Weber paid him a visit in Potosi.

“He was surprised to see us after 32 years,” Weber says of that first meeting.

Muehlberg was not in good health, which meant that Weber had to act quickly or risk the man taking his secrets to the grave. “I have to be friends with him,” Weber says. “‘Friends’ is too strong a word. I have to be open to what he says whether I like it or not.”

Muehlberg was initially hesitant to discuss his heinous crimes. “It was hard for him to talk about,” she says, describing him as remorseful. “If you can believe that.”

However, Weber says she developed a rapport with Muehlberg. The second time she interviewed him, he opened up.

She says he described the details of all three gruesome murders, giving her a confession. It almost seemed to give him relief. “He wanted to shake my hand at the end of the interview,” she says. Weber says she had no choice but to extend her hand as well — it was in everyone’s interest that Muehlberg remain willing to keep talking.

She’d soon find out that he had even more to tell her.