Icy Road Report, South City: You Can Chill the Eff Out (For Now)

Photo by Nicholas Phillips
Not that bad in South City...yet.
Your Daily RFT correspondent, who tools around in a four-door sedan with bald tires, just got back from testing the roads in South City. Here's the deal:


By far the biggest problem with driving today was scraping that quarter-inch layer of ice off the car, which had been parked on the street. But otherwise, it was pretty smooth sailing. Just be careful out there.

Disclaimer: Daily RFT, while calling you a coward for not driving, is not encouraging you to drive in any way. (Follow the jump for more photos) 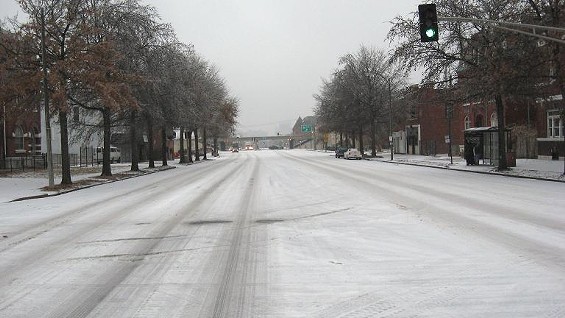