‘I’m Not Worth Your Gucci?’ Missouri Preacher Asks in Viral Sermon 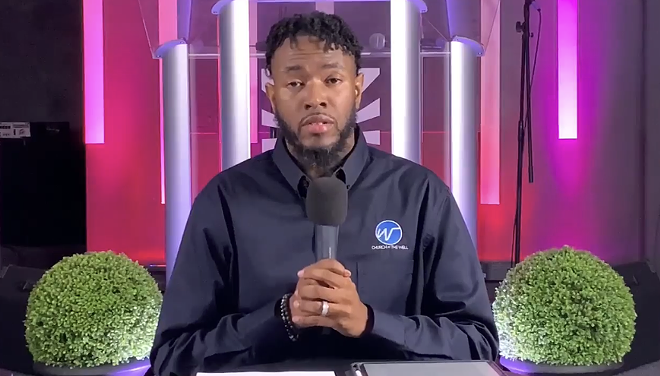 SCREENGRAB
Rev. Carlton Funderburke apologizes after berating his congregation for not getting him a watch.

A Missouri preacher has garnered national attention after he chastised his congregation for not showering him with gifts.

During a fiery recorded sermon on August 7, Rev. Carlton Funderburke, who is the founding senior pastor at Church at the Well in Kansas City, called on the congregation to reconsider their commitment to him.

He went on to reference past requests for a watch.

“You can buy a Movado watch in Sam’s,” Funderburke said. “And y’all know I asked for one last year. Here it is the whole way in August — I still ain’t got it. Y’all ain’t said nothing. Let me kick down the door and talk to my cheap sons and daughters.”

Kansas City Pastor GOES OFF on congregation calling them "poor, broke busted and disgusted" because they didn't give him enough money to buy a new watch he's been wanting. It's pastors like these that give the church a bad name smh an also why a lot of our generation left the church. What y'all think? 🤔


The Kansas City Defender posted a nearly one-minute video of the sermon on TikTok, which garnered over 643,000 views and 28,000 likes on TikTok. Various national outlets picked up the story, including Insider, the Washington Post, the Guardian, and New York Post.

In a three-minute-long video posted to the church's Facebook page on August 16, Funderburke apologized for his actions. He said there is context behind the TikTok video, but “no context will suffice by the hurt and anguish caused by my words.


He said he also privately apologized to his church.

“To those who now know me because of this video clip, I regret that your first impression of me is one of anger, hate and resentment,” he said. “My actions and my words are inexcusable. I offer no justification or defense. That moment was mishandled and mismanaged. I deeply regret this moment. And I solicit your prayers and your forgiveness as we grow forward.”