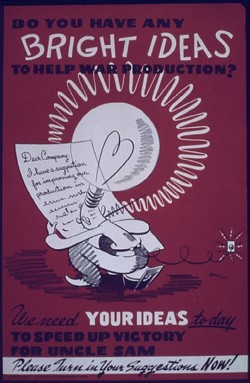 Matthew Hathaway over at the Post-Dispatch has a concise look into the particulars of the Edward Jones Dome's pressing need for self- improvement. It's pressing in the sense that there's a February 1 deadline for the St. Louis Convention and Visitors Commission to present a plan to upgrade the facility, and the need is there because back in 1994 the city fathers essentially bent over and told the Rams ownership to "be gentle now and we'll do something special for you in eighteen years."

But what, exactly, do we need to do to move the Ed into the very vague "top tier" of football stadia? To be honest, we don't know and we don't care -- that's the St. Louis way. Closing our eyes and promising the moon and the stars to millionaires is how we got this team, and doing so again is our best bet to keep the team. Especially with only a week to go to file the paperwork.

Ladies and gentlemen, fire up the DREAM MACHINE. And lube your poopers, 'cause it's gonna get a little rough if we're going to convince Stan Kroenke that we're a city of double-jointed contortionists with no gag reflex and little thought for the future.

There are four areas in which the building must be upgraded if we're going to keep this team. Fortunately, all of the wording is vague, because why would the city want to have clearly defined terminology in a contract when there are potentially $200 to $300 million worth of improvements to make? Let's take 'em in order.

First, "fan amenities." This means box suites, lounges, elevators and all public areas. We propose each suite be given one or more stray dogs as permanent residents. Dogs are man's best friend, after all -- what could be a better amenity than arriving in your box to find a happy, tail-wagging dog licking your face? This'll also help the city with its recurring stray dog problem, but let's not publicize that too much; anything that benefits the city and not the team ownership isn't all that interesting to you-know-who.

Also, how cool would an inside-the-dome tailgating area be? Knock down one of the walls and charge guys an extra $700 to park just outside the end zone and you'll have to start a waiting list.

The second area to fix up is the technical stuff, like scoreboards, lighting and sound equipment. Much has been made of Jerry Jones' monolith of a scoreboard down in Dallas. That's OK for Texans I suppose -- who else would be impressed by a giant TV at a live sporting event? -- but this is St. Louis. What the Ed Jones Dome needs is an HD screen the size of Saturn that's dedicated to highlights from the Cardinals' many World Series campaigns. FoxSports Midwest will have to spin off another channel just to broadcast the feed from this baby. And so as not to hurt anybody's still-tender feelings, Jose Oquendo can be digitally superimposed over the figure of Albert Pujols.

The third section needing improvement is the all-important revenue generators like concessions and gift shops, a.k.a., "how can we as a city make more money for Stan?" This is the easiest, quickest fix on the list. Pull up the AstroTurf and replace it with a bed of cash -- something on the order of $15 million in non-sequentially numbered small bills should do it. This CashtroTurf can be replaced after every game, with the old field going to the ownership.

The last area relates to team facilities such as the locker rooms and offices. Again, this one is easy. You know that BallPark Village we've heard so much about? Well, now it's LockerRoom Village. We throw up a mini-stadium on that empty lot and allow the Rams to build floor after floor of themed locker rooms -- don't worry, Stan, St. Louis will pay for it. During the week, the Rams can open it as a tourist attraction, charging fans $17.50 a pop to see where their heroes change clothes.

Alternately, we could pay to move the Ed Jones Dome to the site of BallPark Village and make it the new team facilities, and then pony up the dough to build a brand new, state of the art stadium on the site of the old location. Sure, it'd be ridiculously expensive and wasteful, but think how happy it would make Stan Kroenke. And that's what this is all about.