Only a small percentage of auto theft-related crimes led to charges in St. Louis city or county in July and August 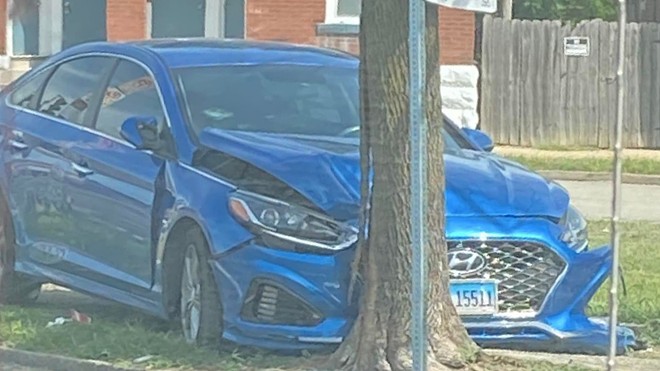 Courtesy Nic Reese
A Hyundai Sonata sits abandoned after being crashed into a tree in St. Louis city.

The vast majority of auto thefts and attempted auto thefts do not lead to charges in either St. Louis city or county.

From August 1 to August 13, approximately 462 cars were reported stolen or attempted stolen in the city of St. Louis.

But during that same 13-day period, a review of court records shows only one individual was charged in city courts for a crime related to auto theft.

This pattern of only a small percentage of auto theft-related crimes leading to charges held true over a longer period of time as well. Both St. Louis city and county failed to prosecute even a small percentage of the cars being stolen this summer, according to information from court officials and a review of court records.

The relative lack of charges related to these crimes is playing out against the rash of Hyundai and Kia thefts plaguing the St. Louis area. 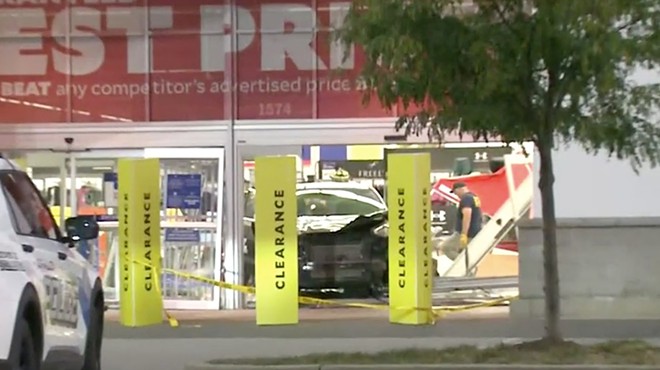 Kia Boyz Use Kias, Hyundais to Smash Into Stores in St. Louis-Area Robberies: Thieves are now using the stolen cars in attempts to steal drugs and guns from local shops

Thefts of these two types of cars are fueled by the "Kia Boyz" viral trend. On TikTok and other social media platforms, teens teach each other how to steal Kias and Hyundais using USB chargers.

Many of the Kia Boyz thefts that have made the news in recent weeks are being perpetrated by juveniles, who are less likely than adults to be detained even when apprehended and whose charges aren't made public if in fact they are charged at all.

On August 19, St. Louis City Counselor Sheena Hamilton issued a warning to executives at Kia and Hyundai saying that if the companies did not "make satisfactory progress to mitigate the public nuisance you have created," the city would explore legal action against the automakers.

The letter from the City Counselor's Office says that between August 1 and August 13 of this year, 356 thefts or attempted thefts of Kias or Hyundais were reported to the St. Louis Metropolitan Police Department, a number that "represents nearly 77% of the total number of vehicles stolen during the timeframe."

That means that the city saw about 462 such crimes overall in that 13-day period.

The RFT reviewed court filings in St. Louis Circuit Court during that timeframe and found only one instance of a person being charged for a crime related to auto theft.

​​Brandon Bass was charged with robbery on August 3 for stealing a car near the 8800 block of North Broadway. However, the crime is alleged to have happened on December 6 of last year.

The RFT reviewed charging documents filed in St. Louis Circuit Court for July and August and found only 19 instances of individuals being charged with crimes related to auto theft during that two-month period. 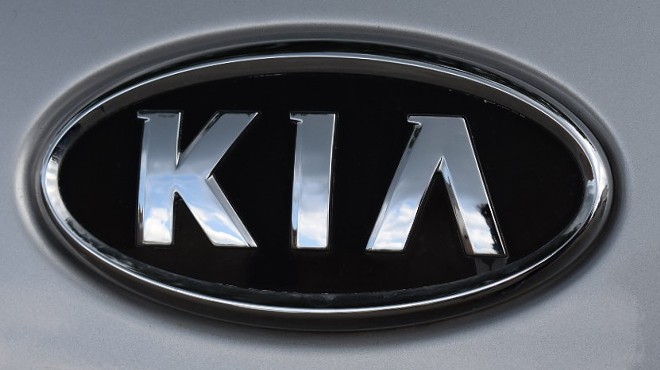 The RFT reached out to the Director of Public Safety's Office requesting the total number of auto thefts and attempted auto thefts reported to the St. Louis Metropolitan Police Department in July and August. The office did not provide that information by press time.

Auto Thefts in the County

In St. Louis County, 46 charges related to auto theft were brought by prosecutors for the entirety of July and August.

Chris King, the public information officer for the St. Louis County Prosecuting Attorney's Office, said that the actual number of people charged with auto theft in the county in July and August is at least a little higher than 46. He says there were some individuals charged with stealing more than $750 whose cases involved alleged auto theft.

The auto-related crimes going unprosecuted in state court are for the most part not being prosecuted in federal court.

According to Robert Patrick, public affairs specialist for the U.S. Attorney’s Office of the Eastern District of Missouri, federal authorities in the St. Louis region do prosecute about a carjacking case or two a month, in which cars are taken by force, but Patrick said he had not seen any charges brought for hot-wiring a car.

"If there was a big conspiracy, we might get involved," Patrick says. "There have been a couple of multi-defendant cases involving catalytic converter thefts."

He adds that every year federal authorities in the region prosecute one or two cases of stolen cars being transported across state lines, but that in general the state court has stiffer penalties for these crimes than in the federal system.