In Car-Loving St. Louis, Pedestrians, Cyclists and Transit Riders Have Many Miles to Go 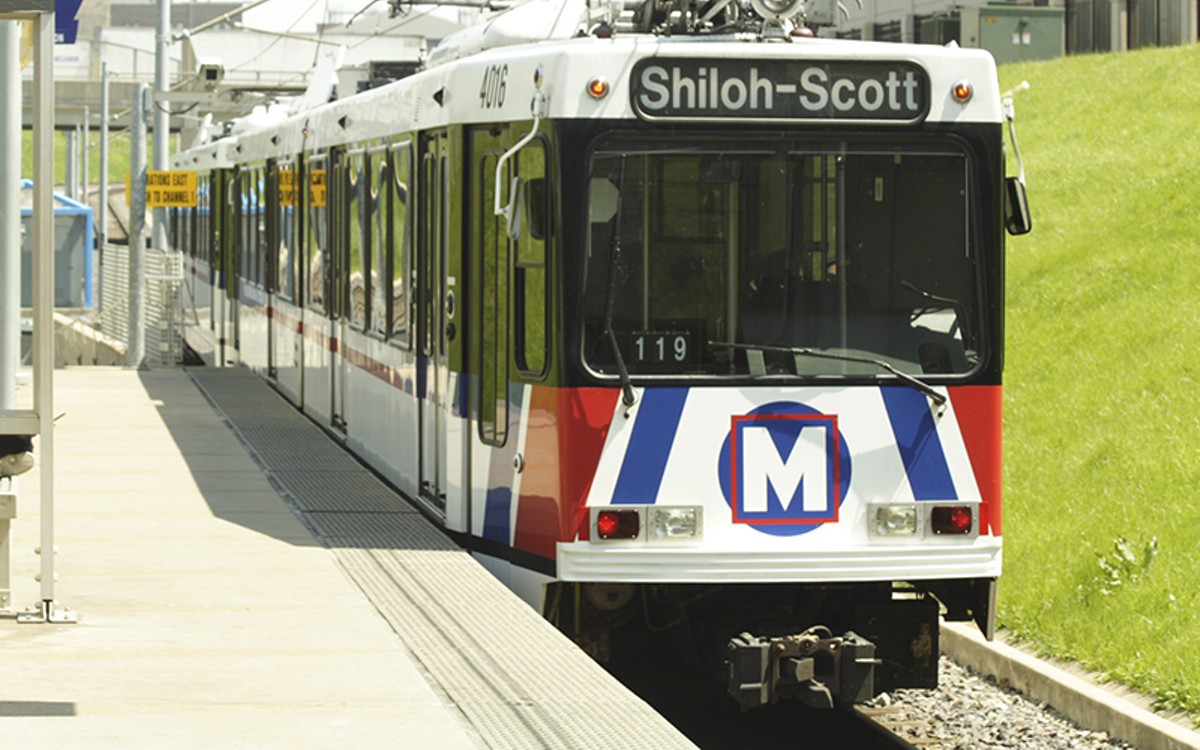 Metro riders made nearly 2 million more trips via public transportation in 2014 than in 2013. Matthew Black / Flickr 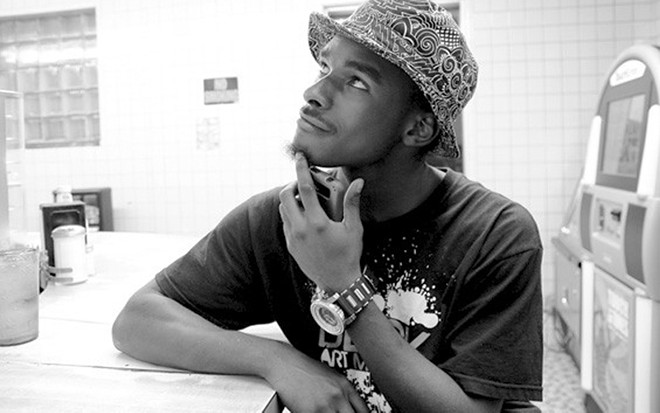 Nicholas Phillips
James Harrison believes if you have proof of employment, public transportation ought to be free.

The Cardinals aren't in town tonight, so James Harrison has the day off — from his line-cook shift at the Angry Beaver near Busch Stadium, that is. The Walnut Park resident and Metro commuter faces another tall order this afternoon: making sure he can afford to travel to and from the job.

"If I can't get bus fare, I can't make no money," Harrison explains, blending our phone conversation with Bluetooth-speaker sales pitches to fellow pedestrians. "I've been having a rough day so far." When one passerby turns him down, despite the contrast between the $50 that Harrison says Walgreens charges for the item and his own stated price, Harrison grows frustrated.

"I'm trying to get to work," he tells the potential buyer. "I need a bus pass, bro."

Getting around St. Louis without a car has proved far from ideal in Harrison's experience. During a Redbirds homestand, he typically works ten- to twelve-hour shifts at the downtown sports bar, often wrapping up after midnight. By then MetroLink and MetroBus lines are nearing the end of service for the night, and he's frequently out of luck for several hours until the next bus shows up between 4 and 5 a.m., long after his two-hour transfer has expired. So he kills the time at the 24-hour Eat-Rite Diner.

The layover itself — along with the company and food — is "cool," he says. But when it comes to his commute as a whole, he thinks "something needs to be done about Metro." He has been issued several citations for riding MetroLink without a ticket, and the penalty — as much as $85 a pop and eventually a warrant for arrest if fines go unpaid, according to Harrison — strikes him as overkill.

Before we hang up, Harrison asks where I work — the University of Missouri-St. Louis, I tell him. I don't mention that one perk is a deeply discounted Metro pass that saves me roughly $60 a month on bus and train fare.

For commuters such as Harrison, a car would certainly mean a lot less hassle and exhaustion. Punch his commute into the default (automobile) tab of Google Maps, and the estimated one-way trip time frame is fifteen minutes flat. The transit options for the same trip range from about 50 minutes to more than an hour — even during the daytime, when buses run regularly.

A car was America's collective go-to solution earlier this year when the viral story of an older James (Robertson), in another American city, detailed the factory worker's roundtrip walking commute of 21 miles a day. Donors near and far funneled upward of $350,000 to Robertson — now better known as Detroit's Walking Man — plus a brand-new Taurus.

The outpouring didn't address the inadequate bus system that necessitated Robertson's superhuman work commute in the first place, however. And as Vice News contributor Charlie LeDuff noted in late February, "After that, everybody knew him. And everybody wanted something." Granted fame and money, Robertson found he had little choice but to move out of his neighborhood.