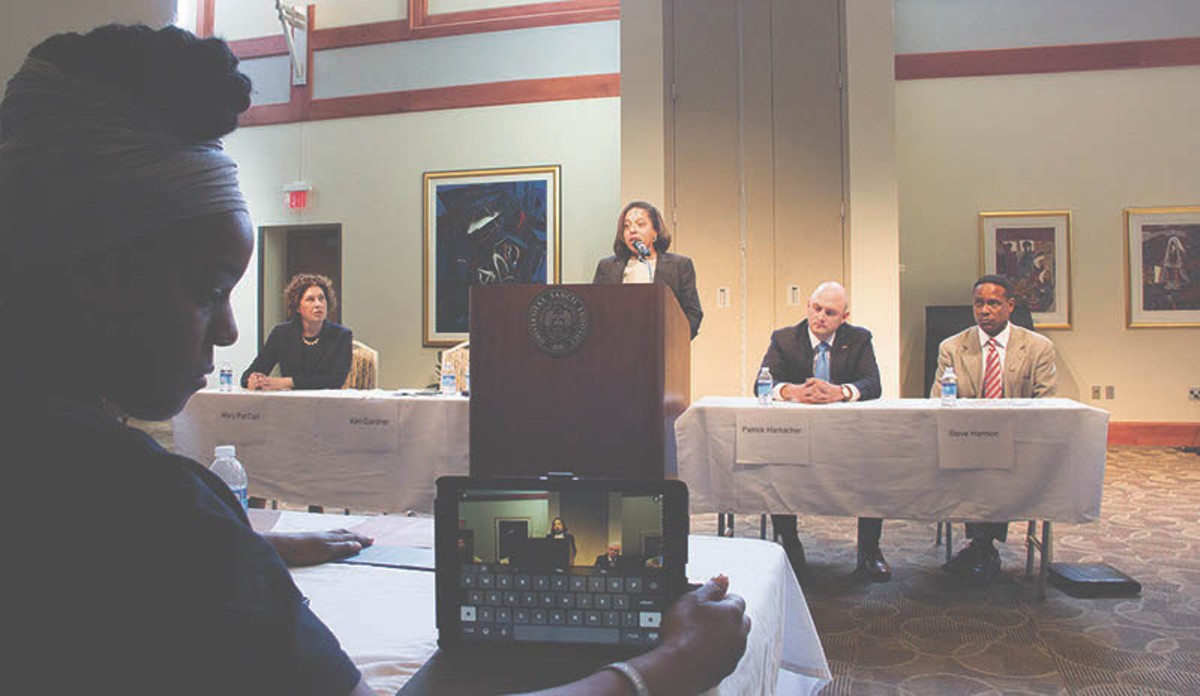 When Mary Pat Carl introduces herself to a jury, she takes time to explain the story behind her face.

After giving birth to her second child, Carl was diagnosed with Bell's palsy, a condition that causes facial nerves to swell. Overnight, Carl, who'd eventually have four kids, was unable to control the muscles on the right side of her face. Although most cases of Bell's palsy are temporary, Carl wasn't so fortunate. Five years after the diagnosis, her smile remains lopsided.

After returning to work, she seriously considered giving up trials for good.

"It was obvious that I had a choice to make," Carl says on a recent weekday outing to meet voters in St. Louis Hills. "Walk away from what I loved? Walk away from my passion? Or put vanity aside and figure out a way to do it?"

Carl settled on the latter option. These days, when she stands before a jury, she recounts the story of her diagnosis and warns the jury that sometimes it looks like she's smirking when she's not. She'll also give jurors a chance to speak up if they feel her appearance is so distracting they can't focus on the case. No one ever has.

The day's heat index is tipping at 103 degrees, and the air has turned to soup. Clutching a stack of campaign pamphlets in one hand, Carl peers at a smartphone app that directs her to the next address of a likely primary voter.

After growing up in Florissant, Carl attended high school at Incarnate Word Academy and claimed her bachelor's at DePaul University in Chicago. She graduated law school at Washington University in 2002 and spent a year with St. Clair County in Illinois before moving to the St. Louis Circuit Attorney's Office.

The following thirteen years threw Carl into homicide cases as well as felonies related to guns and drugs, but it is the child abuse and domestic assaults that stick with her. Witnesses and victims need more protection, Carl says, which is why she wants to create a special witness protection unit in the Circuit Attorney's Office.

And although she's proud to have Joyce's support, she acknowledges that the endorsement has caused its share of problems.

"People think that I am the exact same as Jennifer because I have her endorsement," Carl says. "I'm honored, but it doesn't mean I've become a replicant of her DNA."

Carl approaches a stately brick house on Itaska Street. After some knocking, a trim, middle-aged man opens the door. Carl introduces herself, asking if the man has looked at the circuit attorney race yet.

He hadn't. "I just don't read the paper," he says sheepishly.

But it turns out the man shares a mutual friend with Carl, a public defender in the city. Carl and the man banter back and forth for minute. Carl pitches her candidacy for circuit attorney and lays out her experiences as prosecutor.

The man spends several minutes complaining about nursing school. Then he takes a pamphlet.

"Well, listen, thank you for what you do," he finally says. But he doesn't close the door just yet. "You are probably not the most popular person is some circles because of what you do, but it's important. So thank you, and I wish you the best of..."

The words seem to catch in this throat.

"I'm not going to say luck," he says, "because you have the experience."