By now you've probably heard that "up to 50" students at Normandy Senior High may have been exposed to HIV. (Press release here.) 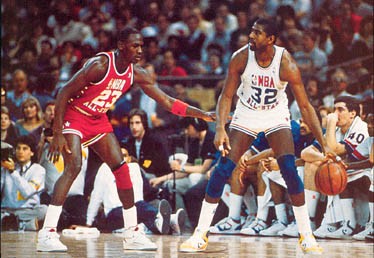 After all, the ingredients for a network TV news fear-mongering special report are all there: teens having sex (gasp!), HIV (most people still react like an NBA player who just found out he'll be guarding Magic Johnson circa 1993 when they hear the word), and an outbreak of potentially devastating proportions.

Unlike the mainstream news media, however, many of the St. Louis area's HIV/AIDS advocacy groups are keeping a cool head in light of the situation.

Several organizations are using the high profile incident to raise awareness of the disease amongst teens and get them tested.

I just received an e-mail from the St. Louis branch of Planned Parenthood saying that as of Monday October 27, they will be offering free HIV testing for any St. Louis area high school student. (According to Missouri State Law, STD testing, along with substance abuse and pregnancy treatment, does not require parental consent.)

According to the most recent statistics from the Missouri Department of Health and Senior Services, there are more than 5,000 people in the St. Louis metro area living with HIV or AIDS.

"It is sad it has taken a tragedy like this to bring HIV to the attention of the public," says Paula Gianino, the president and CEO of St. Louis Planned Parenthood. "But we want to take the most immediate and responsible action and give parents and students the opportunity to come together. We are committed to giving all young people in St. Louis school districts the opportunity to be tested if they so choose."