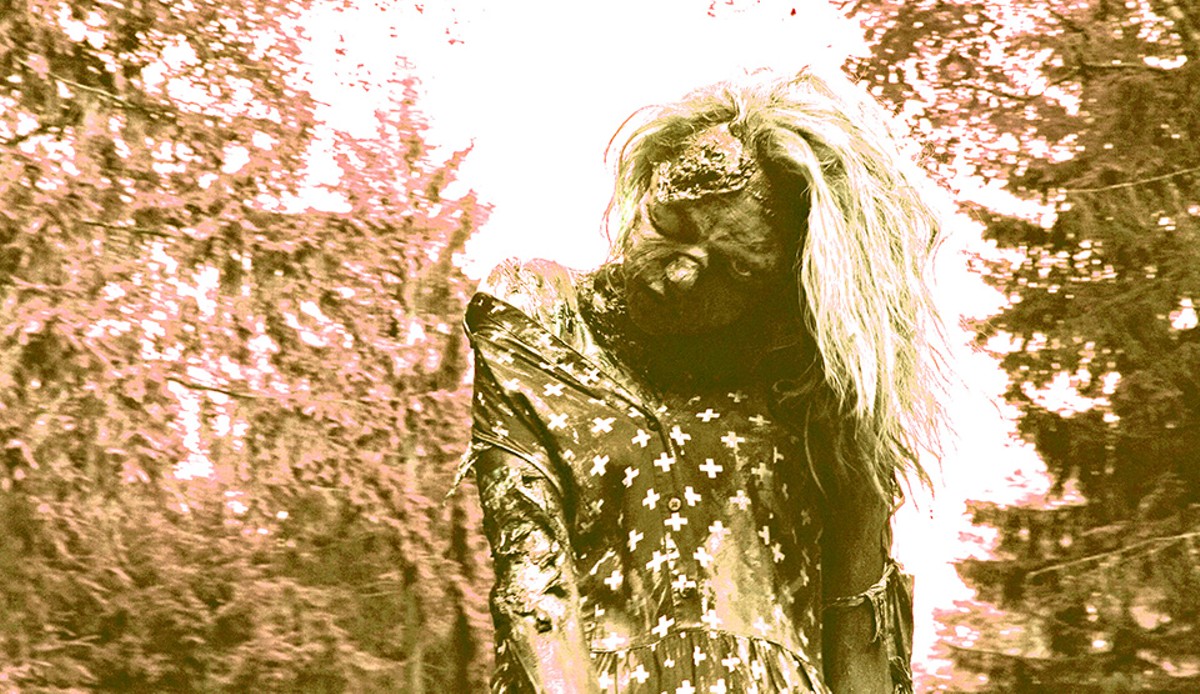 Krakos and Marino put their students through the wringer over the course of the semester. Challenges to group dynamics. A seemingly impossible escape room. An in-class funeral.

But the week before Thanksgiving break, the students have a surprise of their own for Krakos and Marino. They've been studying leaders at times of war, examining their big speeches, thinking about their hard choices and comparing their actions to the slaughter, selfishness and even inspiration on The Walking Dead. And in HUM 297H's post-apocalyptic world, it's now time for the five teams to put forth their own plans for government and laws. It's time to rebuild society.

The professors have seen it all before. But this year, it's different.

As Krakos and Marino approach Kernaghan 3136, they find two male guards waiting for them outside the familiar "quarantine zone" door. They're dressed in head-to-toe black, wearing sunglasses and holding lacrosse sticks. Their expressions stony, the guards usher the professors into the dark classroom.

There, the rest of the students — clad in black like the guards — are standing in a circle. The guards point Krakos and Marino to two desks on opposite sides within the circle, a place setting and an envelope waiting for each of them.

(Krakos later explains just how thrilling the moment was: "We were giggling with excitement because, oh my gosh, it's everything we want from them, you know?")

The guards move to block the sightline between Krakos and Marino, and a student in the circle sternly orders, "No talking!" Another student takes notes on all activities as if he were a court reporter, deliberately avoiding eye contact with the professors.

The presentation begins. The five communities declare unification: They are now one settlement named Blagden, which means "dark valley." Based on aptitude tests, all members will participate in task groups that take care of Blagden's needs: security, agriculture, scavengers/weaponry, building and repair, scouting and health care. A council comprised of one representative from each task group will serve as the judiciary, preventing any single interest from rising above the others. Tuesday mass is required by law. Weekly medical checkups are mandatory. Blagden is peaceful, so the settlement will not go to war unless attacked first.

One more thing: Blagden is "situationally cannibalistic." The work of finding and preparing that food falls to the "agriculture" group.

People who stumble across Blagden will be captured and presented with two choices: join or be eaten. "Those who decide to join us will then be initiated into the society by eating human meat which will be presented in the form of people jerky. Those who refuse our society will be stored in a cell for later use," the presenters declare.

There's a long backstory about Blagden's first settlers cutting out and sacrificing their tongues as a vow of silence to a goat god named Adron in exchange for his protection and guidance. Today, the tongues of Blagden's prisoners are offered to Adron during Tuesday mass.

"Will you join us for dinner?" the students ask. Krakos and Marino open their envelopes to find a bloody note with the same question.

"I'm hungry!" Marino exclaims. Both pop their jerky into their mouths, signifying their acceptance of Blagden's rules.

Stoic during the entire presentation, the class now cracks up and turns on the lights, excited to tell their professors about how they planned everything and what they learned: where they found fake blood, how they learned that religion could keep people in line, how many times they used messaging and Reddit to communicate ideas, why they thought Marino would be more into Blagden's laws than Krakos.

"It's horrific and dark, and they're adding religion into the mix," Krakos explains later. "I looked at John, and he's got this big smile on his face because it's very Lord of the Rings."

Beyond that, though, the presentation shows how the class is living up to the professors' aims.

"We were so pleased because they were demonstrating all three of the goals of our class: communication, community, critical thinking. It's really hard to form a government. It's really hard to write a constitution," Krakos says. "This is exactly the kind of initiative and engagement we want. We are so proud of them."

But just as quickly as Blagden is formed, it has to end. This week, the final week of the semester, every student will open a red envelope and learn that they've been bitten by a zombie. They'll write personal statements — their own obituaries — and complete one last scavenger hunt that has layered meanings.

And then they will die.

The eighteen students of the 2018 fall semester's HUM 297H are the last at Maryville to explore hands-on the implications of a zombie apocalypse, at least for now. With The Walking Dead in its ninth season, zombies are starting to lose their "it" status, and Krakos and Marino are ready to wind down their elaborate scholarly exercise.

That makes these students the last at Maryville to carry a manual can opener at all times, just in case. The last to dread the red envelope of death and disease. The last to be scanned for contaminants.

And during their final exam, they'll become the last to take the ceremonial oath of silence, vowing not to reveal the class' assignments, expectations or twists to anyone. "The first rule of zombie class: Don't talk about zombie class," class alumni insist. The eighteen students here are the last of the small, secret club. Sure, some tales will be passed around now that there are no more points to award. But not everything. Not the good stuff. Despite what's shared in this story, there are still class mysteries that even a reporter can't crack.

As for Krakos and Marino, they're hungry to create something new. They may explore world-building in another class with a different pop culture property as the hook, but for now they have no definite plans beyond presenting their zombie findings to other educators and getting back to their core biology and literature courses. And who knows? Entertainment is cyclical. Zombies might eventually make a comeback.

But today, it's time to drive the knife through the five-year-old zombie class's brain.

"Next fall is when it will really be hard. It's like a grief process," Krakos says. "I'm going to miss working that closely with John. He's two doors down from me and we'll always collaborate on things, but that intense partnership is such a treat. I didn't expect that we were going to world-build like that.

"We're going to miss our zombies. We really get close to these kids. But I also know that the worst thing you can do is stay too long at the fair with a concept," Krakos continues. "I've been a zombie professor for five years, and I love that title. I've really, really loved being a zombie professor."