The Riverfront Times is excited to pull back the curtain on Art A’Fair, our new blowout celebration of the local arts and music scene that will be held on Cherokee Street with the Golden Record (2720 Cherokee) as the main stage and check-in location.

Presented by Ascend Cannabis and in collaboration with the Cherokee Street CID, Art A’Fair will offer guests an experience with art in myriad forms including live music, dance, body art, fire performers, live painting and so much more throughout multiple venues on Thursday, June 23. Grab your early bird tickets at a discount right here.

When our new editor-in-chief Rosalind Early announced a public call for nominations for the ChangeMaker Awards two weeks ago, we anticipated a big response. Much to our surprise, and total glee, we received a staggering number of applications and submissions that proved just how incredible the arts scene here in St. Louis can be. While we’re not yet finished going through the nominations with a fine-toothed comb — winners will be announced at a later date — we can finally share more about the lineup for Art A’Fair, our open-to-the-public celebration honoring the ChangeMakers and the vibrant arts and music community in St. Louis.

Leading the pack is Alexis Tucci, a globe-trotting house music DJ who spends just as much time in the DJ booth as she does behind the scenes as a preeminent organizer and event planner in St. Louis. And that’s the trend you’ll see throughout the Art A’Fair lineup — almost every featured performer is a multidisciplinary artist who makes just as big of an impact off stage as they do on stage. Take our official host for instance, Maxi Glamour, who turned heads nationwide when they competed on season 3 of Dragula. Maxi exemplifies what it means to be an intersectional artist and activist in St. Louis and we couldn’t be more excited that they will emcee Art A’Fair.

Among the many sites and sounds of Art A’Fair, guests will be treated to a collaborative, interactive dance experience by Amara Arts, body painting by Davide Weaver, a fire performance by Ignited Arts and an immersive environment of video projections by Chizmo.TV. Live painters and other featured artists will be stationed around the event for a full-on sensory overload with more, yet-to-be-announced additions that will be revealed in the weeks to come. For now, check out the current featured lineup of Art A’Fair: 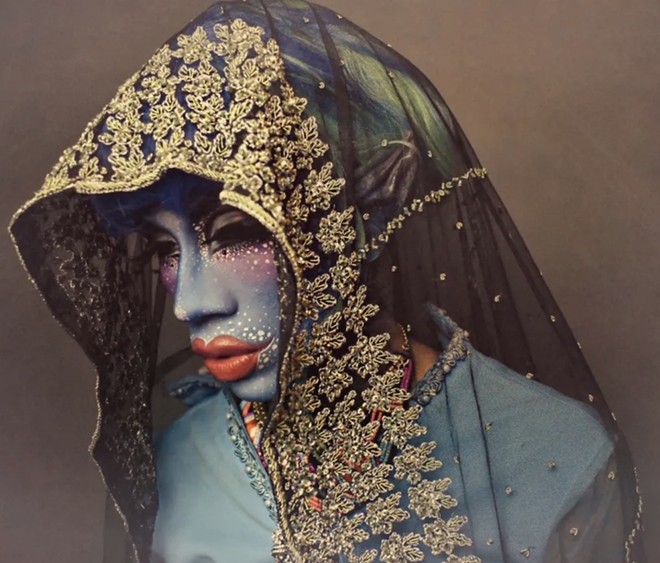 Many of these performers work for local nonprofits, organize festivals, make groundbreaking documentaries, run underground dance parties, host podcasts, and one performer has even competed on American Idol. While this lineup is a lot to take in, we’re still looking to add a few more!

PHOTO BY MIRANDA MUNGUIA
Mammoth Piano will perform as part of RFT Art A'Fair taking place on Cherokee Street on Thursday, June 23.
If you’re a performer — musician, performance artist, live painter or you do something that is just straight up hard to describe — we want to know about it! We have a few opening slots on the lineup and are taking submissions. If you’re interested in being part of Art A’Fair, please e-mail [email protected] with your information, including your name, website and a photo or video of what you do. We’re taking submissions from now until this Friday, May 20, at 11:59 p.m.

At this point, it goes without saying that this isn’t just any old concert with some featured artists on the side, no, this is a full on arts and music gala event — without the stuffy dress code, of course. By all means, show up and show out at this melting pot of stage performers, music producers and visual artists taking place on Cherokee Street on June 23. There’s just one catch though: Tickets are limited, so head over to this link and secure a spot for you and your friends — this is an event that you won’t want to miss.