Send a News Tip
The FBI is searching for the man who robbed Southern Commercial Bank at 4914 Gravois in St. Louis today around 9:13 a.m. 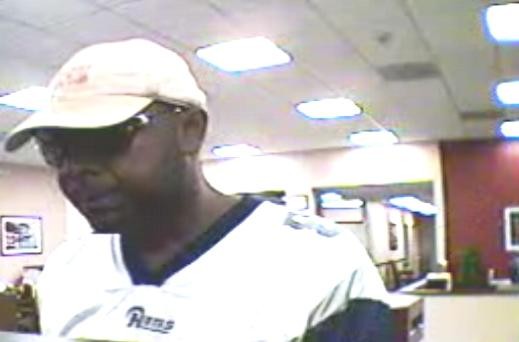 According to witnesses, the man passed a note to the teller saying that he had a gun, but did not show one. He was described as a black male in his mid- to late-thirties, six-feet tall and weighing 220 to 230 pounds.

Oh, and he wore an Isaac Bruce #80 Rams jersey and matching yellow and blue Converse sneakers. 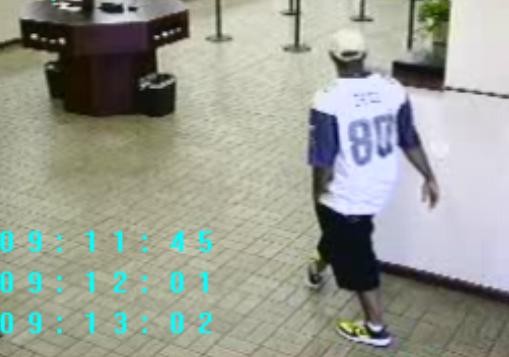 CrimeStoppers is offering a $1,000 reward to information leading to a felony arrest. Anyone with information is encouraged to call 866-371-TIPS.