It's Official, St. Louis Is a Better City Than New York 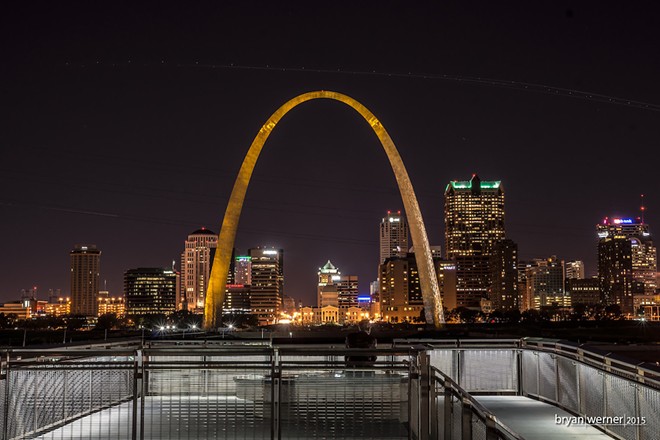 FLICKR/BRYAN WERNER
St. Louis is truly a great city — after all, Twitter said so.

Witness the results of a very recent, very hotly contested Twitter poll pitting New York (and New Jersey!) against St. Louis. More than 22,000 votes came in — and we crushed the Big Apple into sauce. Final tally was 53.9 percent to 46.1 percent! And everybody knows Twitter polls are never wrong. (Right, Elon?)

The poll was part of an “American cities bracket” dreamed up by a guy who goes by TheSpanishFlu (his official Twitter handle is the equally appealing @_fat_ugly_rat_). This poor Texan decided to pit cities against each other for sport, and apparently assumed buzzy Texas cities like Austin and San Antonio would crush St. Louis.

It’s a good assumption only if you’re not familiar with St. Louis Twitter. St. Louis Twitter is very much a thing. It’s active, it’s passionate, and it’s insistent that only St. Louisans can talk shit about St. Louis, thankyouverymuch.

So when St. Louis made a good showing, and TheSpanishFlu responded by tweeting that the city "absolutely sucks" — strangely suggesting the "only good midwestern cities are Chicago, Madison, Lansing, Grand Rapids, and Minneapolis" — he awakened a digital kraken.

It didn't help when he followed that slam by suggesting St. Louis had a "cool downtown area but the rest is so shit it's not even funny" — a tweet that had a whole lot of St. Louisans laughing ... and which only led to more people seeing the poll and deciding the city's honor was at stake.

Having *a* cool neighborhood doesn’t make it a good city

Thus awakened, not only did St. Louis crush Austin and San Antonio, but we clobbered San Diego and moved into the semi-finals against the New York metro area with a big old chip on our shoulder.


Man St Louis twitter is really annoying but they definitely are dedicated to the bit pic.twitter.com/OnvoM50e7w

Now, if you know anything about St. Louis, it’s that we do not let go of beefs. We’re still arguing about shit from 1876, for God’s sake. New York — with all that culture and nightlife and other things to do beyond worrying about a Twitter poll run by an account with 5,000 followers — didn’t have a chance.

Sure enough, even U.S. Rep. Cori Bush and Mayor Tishaura Jones weighed in over the weekend on this one. St. Louis vs. errrrbody! No wonder we won.

Now the true test is at hand. In the finals, St. Louis will go head to head with Chicago.

The best-paid showrunners in Hollywood couldn’t have written it better. Can we claim the spot as the No. 1 American city? The competition will be fierce. Bragging rights will be … negligible. But we’re in it to win it — and you can bet we’re going to keep fighting until long after Chicago has collapsed into a pile of drunken vomit (as Chicagoans are known to do).

And hey, “St. Louis Is the Greatest American City, Says TheSpanishFlu Poll” certainly has a very nice ring to it.

Scroll down for some of the best Twitter reactions to St. Louis’ Battle of the Century with New York — and surprise victory.

I’ve created 287 unique Twitter accounts to stuff the ballot box. Do your part and lead St. Louis to victory. https://t.co/eXuAejuiZQ

Winning is when your midsized midwestern city beats San Diego in January in a city v. city poll designed by a guy who hates your city. 159K people viewed the StL/SD poll and over 7K voted. It was heavily retweeted. It was low-stakes StL Twitter organizing at its low-stakes best. pic.twitter.com/RNGAB7VVGN

Going to be hilarious when ExploreSTL runs a nationwide ad declaring that “fans of the SpanishFlu vote St.Louis as the best city in American”

me normally: st louis is my home but it has some serious flaws on social, political, & economic levels that need a lot of work to address

me when stl is in a twitter poll: ON THE 8TH DAY GOD GAVE US ST LOUIS RAHHHHHHH NO ONE CAN STOP US SUIIIIIIIII

NY can still win if Mike Pence has the courage.