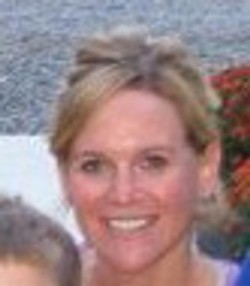 Jacque Sue Waller, is the 39-year-old mother of triplets who friends say would never leave her children without notice. For the past several weeks she'd been separated from her husband, Clay Waller, and was reportedly planning to file for divorce. The couple had been living in Jackson. More recently, Waller was staying in Ste. Genevieve.

"I know she would never leave her kids. Ever. They were her life, they were her reason for living," said friend Amy King. "They were the reason for staying in that marriage for so long."

Yesterday the agency said that it has a "person of interest" in the case but wouldn't release the name. That said, all signs point toward the estranged husband, who happens to be a former Cape Girardeau County sheriff's deputy.

Authorities believe a boat owned by Waller played a role in his wife's disappearance. They've also searched his pickup truck and a pond located on the property where he's been staying since his separation from Jacque Sue Waller.

More information as it becomes available.