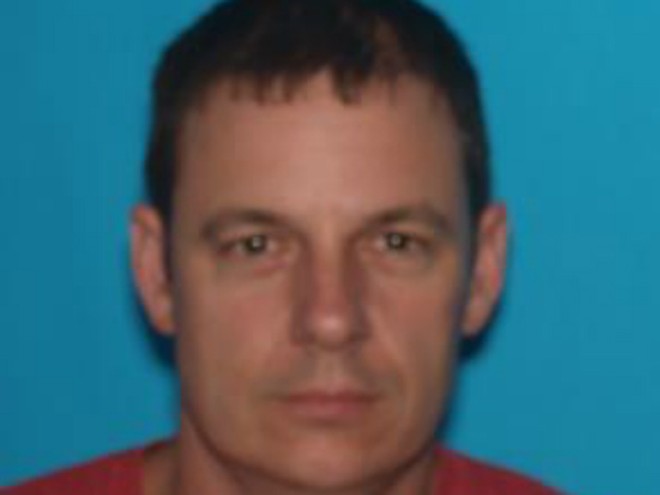 A west St. Louis county man who was ordered in November to undergo counseling for domestic abusers shot his estranged wife Thursday night and killed her father, who tried to intervene, according to police and court records.

James Kempf, 45, is now on the loose, wanted for murder, first-degree assault and armed criminal action in the Thursday evening confrontation, authorities say.

St. Louis County police responded  at 5:55 p.m. on Thursday to the wife's house in the 1800 block of Charity Court in Fenton. When they arrived, they found the wife, who had been shot in the leg but had still managed to hobble away and call 911. At the time, police believed Kempf had barricaded himself inside the house. Police tactical units spent several hours trying to negotiate with him, but learned later that he had already fled the house before they arrived.

Once inside, officers discovered the body of 66-year-old John Colter, who had been shot in the head, according to police.

Kempf used to live in the house, but moved out some time last year after a court order was issued. His wife, who filed for a divorce in September, had been granted an order of protection, meant to prevent him from coming within 500 feet of her, according to court records. In November, a judge ordered Kempf to enroll in a weekly "batterers intervention program" before his next hearing, which was scheduled for Wednesday.