Aldermen in Brentwood approved $7.4 million for the project on Wednesday 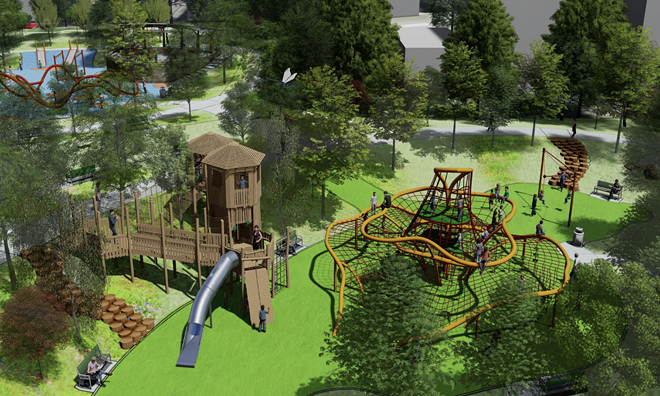 VIA CITY OF BRENTWOOD
The new Brenwood Park will have a playground and net-climber.

Brentwood is adding a destination park to its city.

On Wednesday, Brentwood's Board of Aldermen unanimously approved a total of $7.4 million to fund a state-of-the-art playground in the suburb. The new park will feature a rock climbing wall, zip line, net climber, boardwalk and a creek.

The playground has been at the center of discussion in Brentwood for months . In February, aldermen had previously OK’d $1.15 million for playground equipment. On Wednesday, they agreed to give an additional $6.3 million.

The cost initially started at $5.7 million, but the request ballooned to $7.4 million due to inflation, city leaders told the St. Louis Post-Dispatch.

The park will be located south of Manchester Road and is scheduled to open in the spring of 2023.

Here is a look at the park renderings: 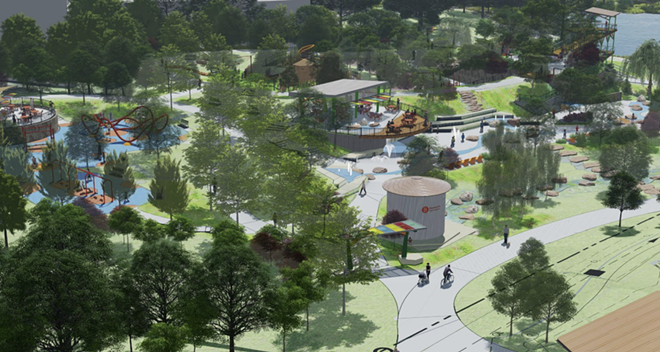 VIA CITY OF BRENTWOOD
An aerial shot of the new Brentwood Park, complete with creeks, playgrounds, walking paths and more.
click to enlarge 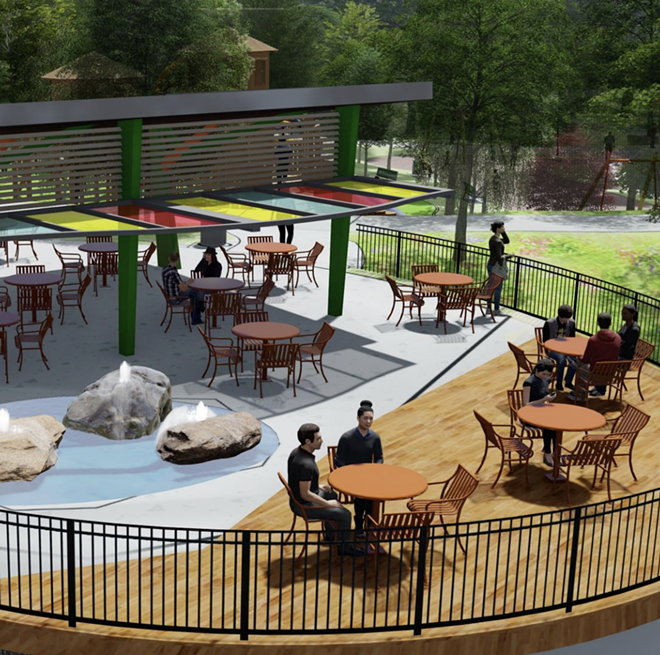 VIA CITY OF BRENTWOOD
Visitors will also have an area to sit, overlooking part of the park.
click to enlarge

VIA CITY OF BRENTWOOD
A look at a rock climbing wall at the new Brentwood Park, set to open in the spring of 2023.
click to enlarge 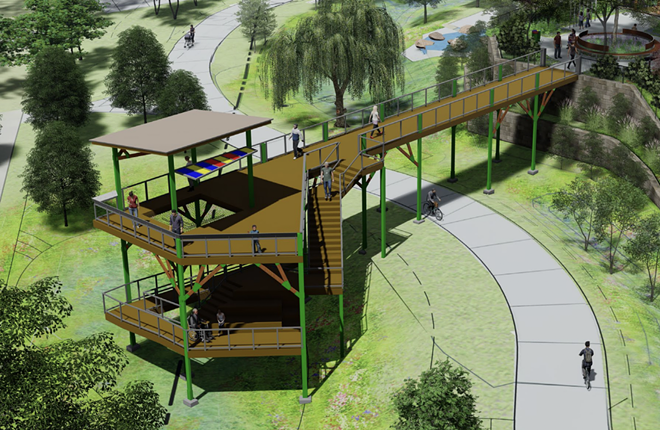 VIA CITY OF BRENTWOOD
An overpass revealed in the Brentwood Park renderings.