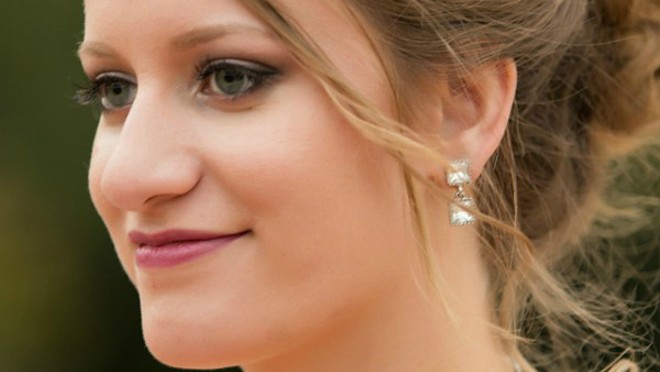 Beau Rothwell, 28, was arrested on Wednesday night, and police announced this morning they are applying for charges of first-degree murder and tampering with physical evidence.

Police have been searching for Jennifer Rothwell, 28, since Tuesday when her abandoned car was discovered. She was last seen that morning, leaving her home in the 12600 block of Northwinds Drive, authorities say.

Rothwell was typically in touch with her family and friends every day, but they became alarmed when she didn't show up for work and no one heard from her. Her 2011 Hyundai Sonata was found along a commercial district near Olive Boulevard and Fee Fee Road, less than two miles from her home.

The couple, who married in 2015, lived in a subdivision called Whispering Hills near Parkway North High School. They bought the house in 2018 after living in St. Charles, according to property records.

Hours before his arrest, Beau Rothwell posted on Facebook, requesting information in the case.

"Some of you may have heard already, but last night my wife Jennifer went missing," the husband wrote. "I’ve filed a police report and the search is ongoing. Please, if you hear of anything or have any information it would be greatly appreciated."

Jennifer Rothwell still has not been found. Police have not said why they now believe she was murdered or why they suspect her husband is responsible. However, multiple media outlets reported police were seen on Wednesday in the Rothwell's neighborhood and investigators were searching the house.


Editor's note: This story has been updated with new developments.