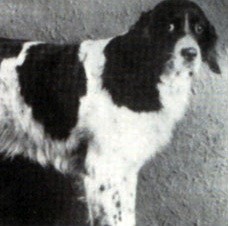 Legend has it that Jim the Wonder Dog successfully predicted the sex of unborn babies, correctly chose the winner of seven Kentucky Derbies and the World Series, could comprehend complex human speech -- and so much more. And now, the hard-at-work Missouri legislature is one step closer to making Jim the Wonder Dog...Missouri's official "Wonder Dog."

Jim, who is a part of House Bill 306, is not the only famous Missouri dog one step closer to becoming a part of law here. Old Drum, who was at the center of an 1870 Missouri Supreme Court case and who apparently inspired the "man's best friend" saying, may also become the official State Historical Dog.

"We had a lot of passionate Missouri citizens make cases for the dogs," Rep. Denny Hoskins, sponsor of the bill, tells Daily RFT.

This is not the first time these famous dogs have been the topic of debate in Jefferson City.

As we've reported, Jim the Wonder Dog was considered in the House in the past (and readers of Daily RFT have expressed their support!)

But why have one state dog when you can have two?

As written in the proposed bill, which successfully passed out of the Missouri House this week and is headed to the Senate, Jim the Wonder Dog would be the official Wonder Dog and Old Drum would be the official Historical Dog. Hoskins says it's good for tourism, too. So really a win-win-win here (unless you are a critic who thinks this is kind of an embarrassing waste of time).

"People care a lot about dogs and it's historical," says Hoskins, a Republican from Warrensburg. 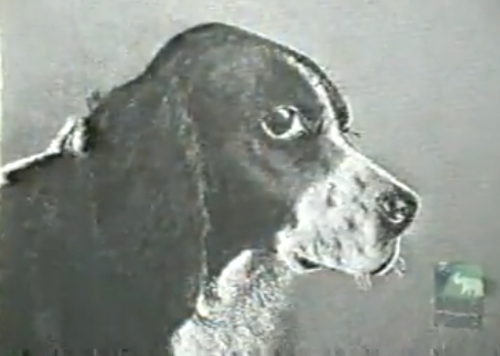 via
Jim the Wonder Dog

So what's the deal with these dogs, exactly?

Old Drum's death was the subject of a Missouri Supreme Court case nearly a century-and-a-half ago. The dog was apparently killed when he wandered onto someone else's property and the famous closing argument of the case, known as the "Eulogy to Old Drum," included the "man's best friend" phrase.

The draft bill includes the eulogy in its entirety with dramatic quotes like this:

"The case of Old Drum...is a significant part of Missouri history," says Hoskins.

Meanwhile, Jim the Wonder Dog had superpowers, according to jimthewonderdog.com.

Continue for more details (and a video) on Jim the Wonder Dog and the full draft legislation, eulogy and all.

Jim was much more than just a champion hunting dog since Mr. [Sam] VanArsdale found, quite by accident while in the field one day, that his dog could understand what he was saying to him and carried out his commands. It was a hot day, and Mr. VanArsdale said, "Let's go over and rest a bit under that Hickory tree". Although in a woods of numerous kinds of trees, he went to the Hickory. Surprised by this, he asked Jim to go to a Walnut, then a Cedar, a stump, and a tin can, which he did rapidly and perfectly.

This was the start of the amazing things the dog did on command. When told to do so, he could go out on the street and locate a car by make, color, out-of-state, or a license number. From a crowd he could select the "man who sells hardware", and the one who "takes care of sick people", or the "visitor from Kansas City".

He carried out instructions given to him in any foreign language, shorthand, or Morse Code. He was capable of predicting the outcome of future events. He chose the winner of seven Kentucky Derbies, The World Series of baseball and the sex of unborn babies.

Here's an amazing video on Jim the Wonder Dog. Watch the whole thing. You won't regret it.

"Some of the things that he could do were pretty amazing," says Hoskins.

And to the skeptics who say this is not a good use of lawmakers' time, he points out that his top priority is his economic legislation, but says this dog bill still gets the most attention.

Plus, he says, "There's quite a bit of support."